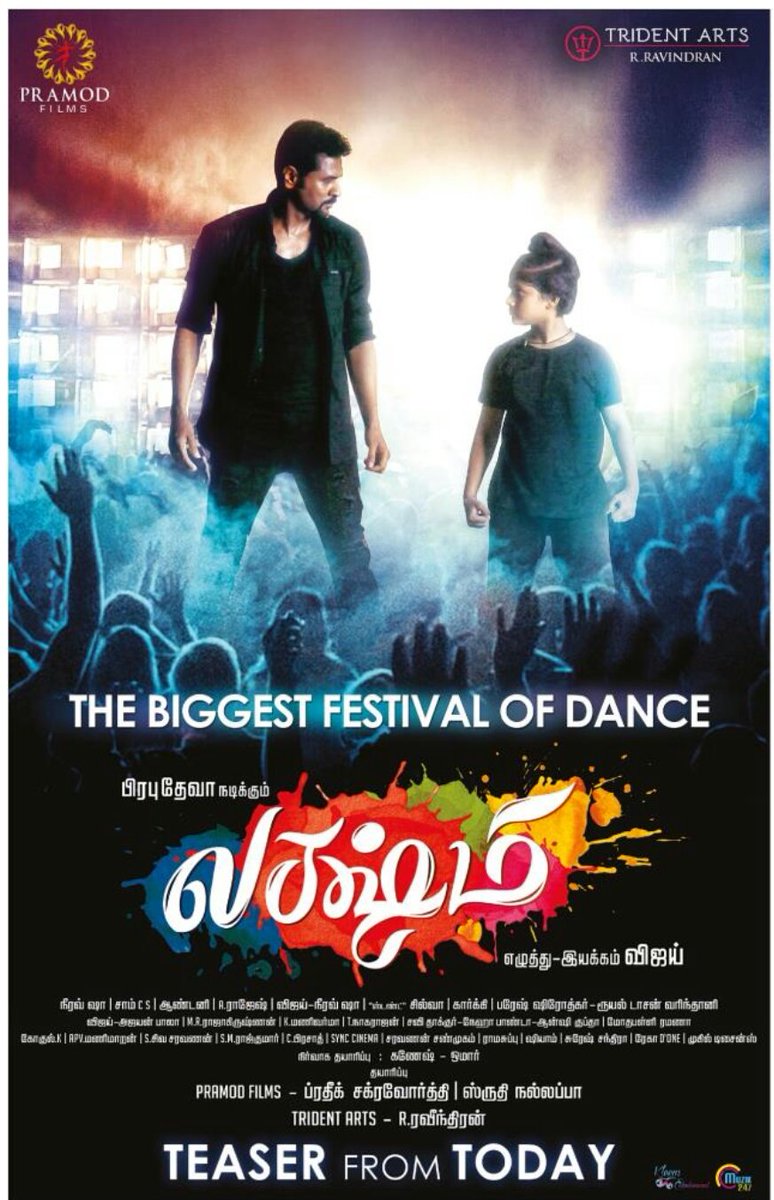 On Wednesday evening, the makers of Prabhu Deva’s upcoming entertainer directed by A.L Vijay officially unveiled the title and first look of the movie. Titled Lakshmi, the movie is bilingual, which has Aishwarya Rajesh in the female lead. Check out the colorful poster here –

Later, in the night, the actor released the first look poster of the movie, which comes with the tagline ‘the biggest festival of dance’. Coming from the Indian Micheal Jackson, the posters of the dance-based movie have already created a huge hype among the audience.

Along with the first look poster, the team also made a surprise announcement that the Lakshmi teaser will be released on Thursday evening at 6 p.m.

Produced by Pramod Films in association with Mr.Ravindran’s Trident Arts, Lakshmi‘s cinematography is done by Nirav Shah and editing by A.L. Anthony. Music is by Sam.C.S.