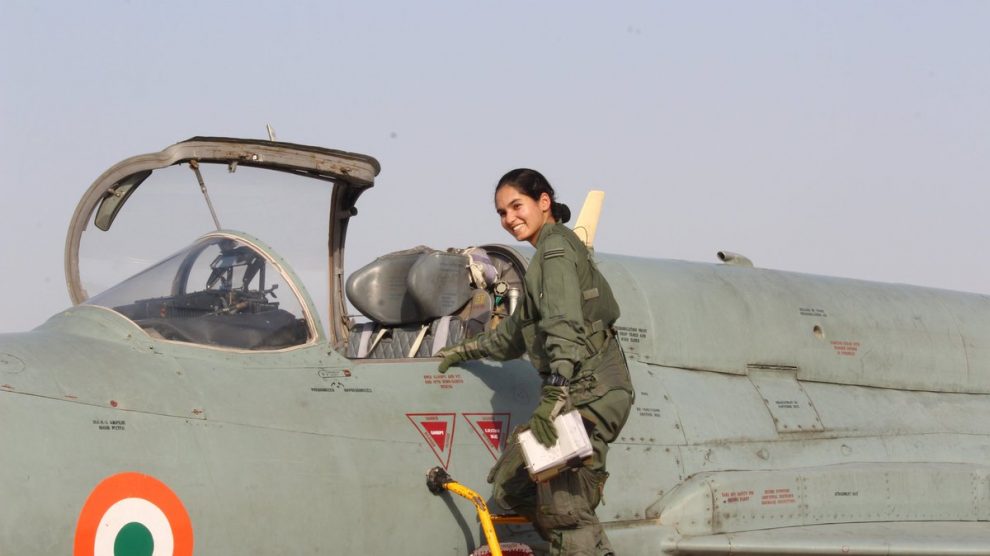 In a move that created history, pilot Avani Chaturvedi has become the first Indian woman to fly a fighter aircraft alone on February 19. The Indian Air Force revealed the happy news on their official social media handle.

#TouchTheSkyWithGlory : Fg Offr Avani Chaturvedi became the first Indian Woman to fly a fighter aircraft solo, when on 19 Feb 18 she flew a MiG-21 Bison aircraft in her first solo flight. The photo attached has been taken after her solo sortie. pic.twitter.com/nHWe4sgSmi

According to reports, the government had recently decided to take women on for the role of fighters and in less than a year, three women were appointed as flying officers.

Along with Avani Chaturvedi, Bhawana Kanth, and Mohana Singh were also reportedly given vigorous training to fly a fighter jet.

Ms. Chaturvedi flew a MiG-21 Bison aircraft and the featured image has been snapped right after her solo foray.

Further reports say that the Indian Air Force has already selected the next batch of women for training. More power to them!