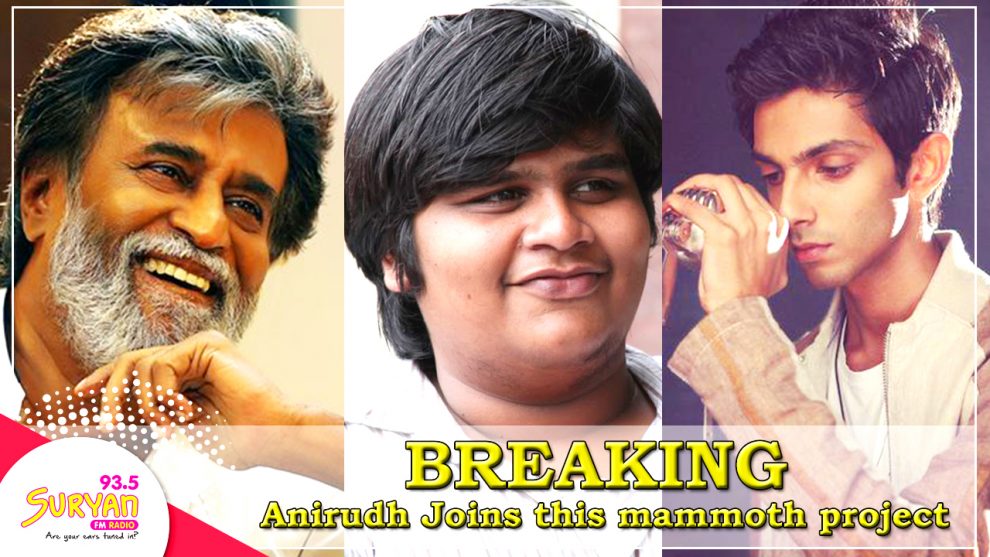 Only recently, it came to light that Superstar Rajinikanth will be collaborating with ace director Karthik Subbaraj, who has films like Iraivi and Jigarthanda to his credit.

Adding even more grandeur to the project, Sun Pictures will be producing the movie.

Rajinikanth is currently awaiting the release of his Kaala, scheduled to hit screens on April 27. He also has director Shankar’s 2.0 in his kitty.

The latest around the untitled movie is that composer Anirudh Ravichander has been roped in to score music for the film. The news was confirmed by the producers of the movie on Twitter. This marks the first time Anirudh is composing music for the Superstar.

We are happy to announce that for the first time, @anirudhofficial will be composing the music for @superstarrajini’s movie, produced by @SunPictures.#SuperstarwithSunPictures pic.twitter.com/XEUQScF7NX

The last movie Anirudh worked on was Suriya’s Thaana Serntha Kootam. The songs of the movie became instant hits, owing to their peppy nature.

All of Anirudh’s songs have been chartbusters so far.  Add Rajinikanth’s mammoth screen presence to the mix and we can expect a firecracker onscreen.

“Extremely delighted, elated to be scoring music for Thalaivar”
Breaking update on Santhanam’s next
Comment