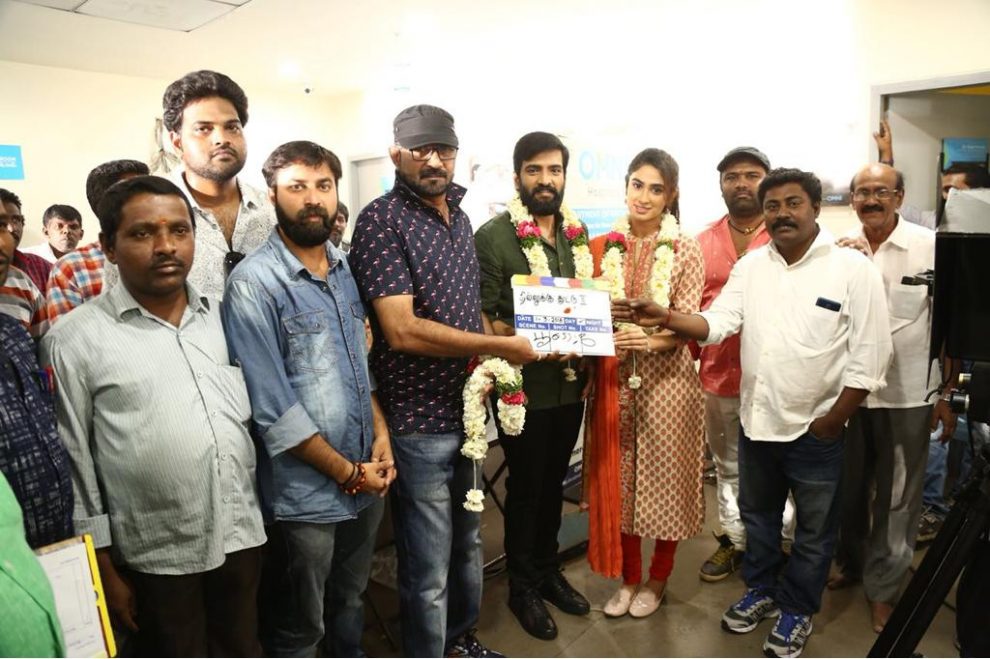 Actor Santhanam was last seen in Sakka Podu Podu Raja. The actor predominantly appeared as a comedian in many movies and later ventured into lead roles.

He also starred in the commercially successful movie Dhilluku Dhuddu, and the latest we hear is that the actor is all set to act in the sequel of the movie.

The actor has confirmed news of the same via Twitter-

Happy to join with the blockbuster team once again ☺ Positive Vibes all over 😇 First long Schedule in Hyderabad commences today 🎬 Need all your blessings for our next successful endeavour 🙏 #DhillukuDhuddu2 pic.twitter.com/TbgC8Mkwjq

According to his tweet, the first schedule of the movie will begin in Hyderabad today. From the image, it looks like the movie was officially launched today with a Pooja.