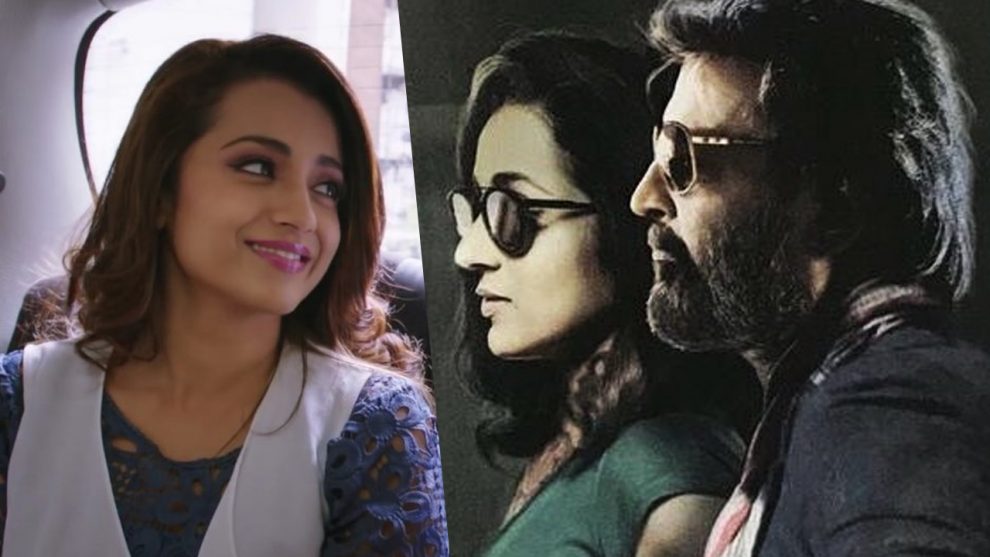 It is by now a well-known fact that Superstar Rajinikanth is teaming up with ace director Karthik Subbaraj. The untitled movie boasts of an impressive cast, including Simran, Trisha, Nawazuddin Siddiqui, Bobby Simha and others.

It was only recently announced that Trisha will be a part of the cast and the makers have confirmed that she will be starring opposite the Superstar.

An elated Trisha shared the news on Instagram and on Tuesday, the actress also shared a picture of herself and Rajinikanth on Twitter.

While it is not clear whether this is the look the duo will be sporting in the film, fans have gotten visibly excited and the image is close to breaking the internet.

Check it out here- 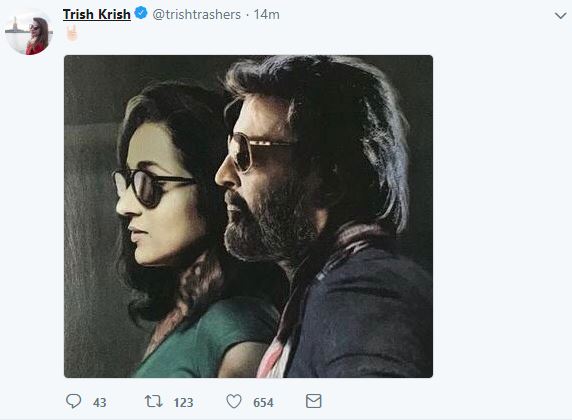