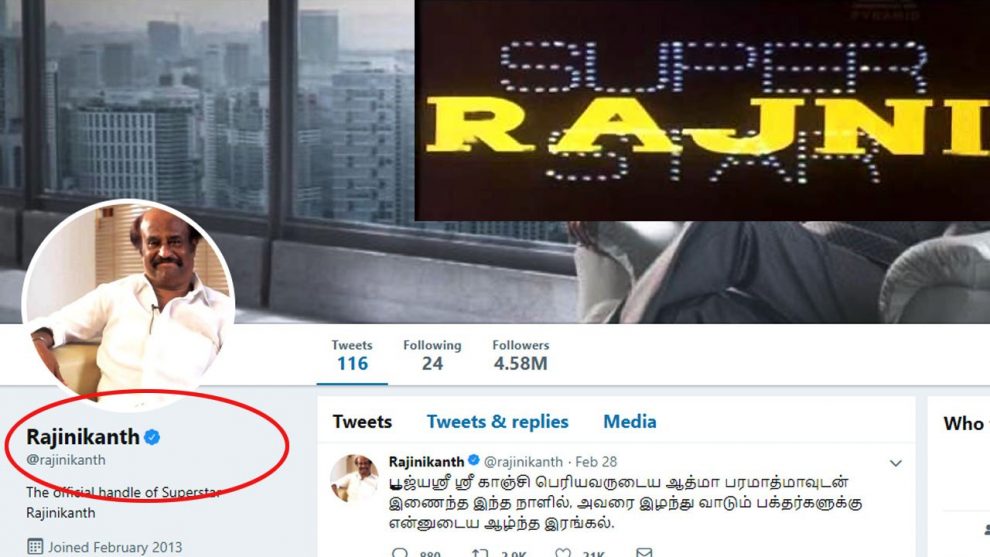 Only recently, it was announced that Rajinikanth now has an official Instagram handle. In a recent update, it came to light that the Superstar has now made a slight tweak to his twitter handle.

The actor-turned-politician is all set to mark his entry into politics this year and apart from that, he has a bunch of movies to look forward to.

Only a few days ago, the teaser of his upcoming movie Kaala released, and had the audience bowled over in excitement.

The movie is set for release on April 27 and fans of the Thalaivar are going berserk with happiness. Rajinikanth also has 2.0 to look forward to this year and an untitled project under Karthik Subbaraj’s direction.

It was recently confirmed that Anirudh Ravichander will be scoring music for the untitled film, produced by Sun Pictures. Later, it was rumored that Vijay Sethupath has been roped in to play the baddie in the movie, although nothing has been confirmed yet.

With Rajinikanth himself willingly letting go of the coveted Superstar title, fans are slightly bewildered although love for the star himself remains intact.

Well, whether it’s on text or not, Rajinikanth will always be our Superstar.