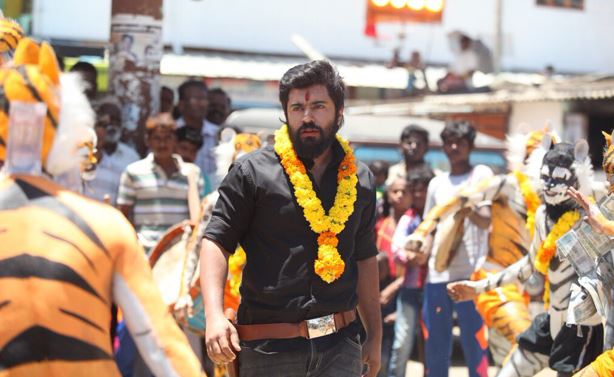 Amidst huge expectations, Nivin Pauly-starrer Richie hit theatres on December 8. The movie, directed by Gautham Ramachandran, is a remake of Kannada superhit Ulidavaru Kandanthe. Being the first straight Tamil film of Premam star Nivin Pauly, there were a lot of expectations of Richie. But the movie has opened to a mixed response from audience and critics, alike.

Actor-director Rakshit Shetty, the man behind the Kannada original Ulidavaru Kandanthe, recently watched Richie, and was all praises for the team. ‘No other actor would have reprised the protagonist role better than Nivin Pauly’, Rakshit tweeted. He added that he enjoyed watching Gautham Ramachandran’s ‘perspective’ of Ulidavaru Kandanthe.

The actor took to his Twitter handle to express the same. Rakshit’s tweets come at a time when there are discussions going on social media comparing the two films – Ulidavaru Kandanthe and Richie.

Ulidavaru Kandante is a film whose underlying theme is about perspectives. Having directed it from my perspective, I have always wondered what it’d be like to see it from another director’s perspective. I enjoyed watching Richie on the big screen with the cast and crew ☺ (1/5) pic.twitter.com/Xm7HyTHCwa

It takes a lot of guts to make a movie like Ulidavaru Kandante whose the soul is set in the coastal region of Karnataka and reprise it in a setting far removed from ours. Some of you have liked it and some not so much… (2/5)

but you can’t deny the effort and passion @prgautham83 has put in to make this film. Richie was a character created by me & when we started shooting, I was not sure how to play the character myself. Thank God, we shot only two scenes of Richie in the first three days (3/5)

& both dint make it to the final cut! Later Richie came naturally to me.
Nivin Pauly had to play a character written by someone else unlike me. More over, Richie is a kind of a character where, if you don’t follow the body language, comparison abounds and if you do then, (4/5)

too comments will flow in. Although, you have to hand it to Nivin for having the guts to take it on. It was Nivin who showed interest and pushed the film to go on the floor. He pursued it even after Premam became such a huge hit.

I truly believe nobody could have done a better job than him and comparing it with the original is definitely not fair. My good wishes will always remain with Gautham & @NivinOfficial