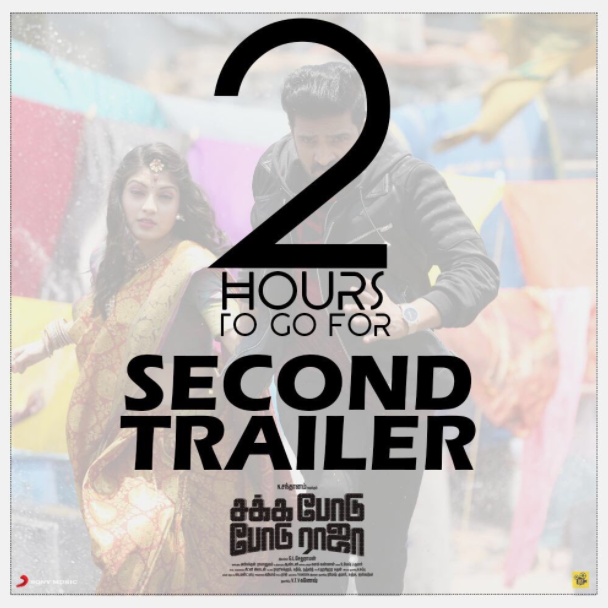 The makers of Saka Podu Podu Raja (SPPR) released the first theatrical trailer in October and fans have been swooning over Santhanam’s new look in the movie. Santhanam, who always strikes a chord with his audience with his witty repartees and comic timing, is now all set to win over our hearts as a mass hero.

The first trailer opened to rave reviews, with fans appreciating his sleek and suave look. Although not much was revealed about the film, Santhanam has managed to keep his humorous streak alive despite transitioning into a hero. The movie is also actor Silambarasan’s debut as a music composer. The trailer has lively and peppy tunes and expectations are high with this one.

In the first trailer, Santhanam was seen in a stylish persona, acting out powered action sequences with élan and winning the heart of his lady love (played by Vaibhavi Shandilya).  The film has been produced by VTV Ganesh, who has also acted in the film, along with actor Vivek.

The second trailer of SPPR was released at 6:00 p.m. on December 11 and has once again increased expectations on the film. Saka Podu Podu Raja’s trailers may have shown us a glimpse of Santhanam emerging as a hero with mass appeal, but whether the transition will take the audience by storm remains to be seen.

Suriya teaming up with KV Anand for third time?
Get ready for Sai Pallavi’s treat
Comment