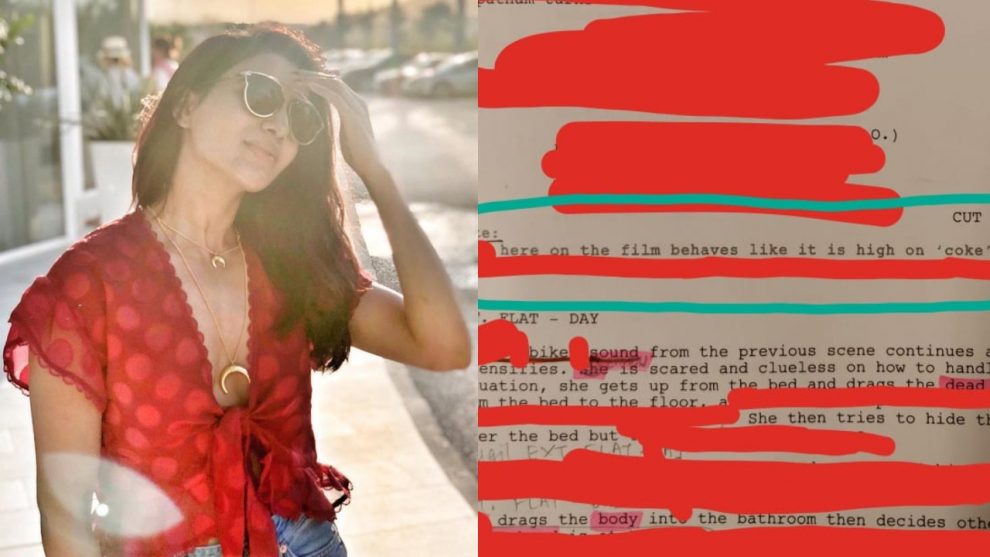 The upcoming Tamil drama Super Deluxe is progressing at a fast pace and fans have been eagerly waiting for updates.

Samantha, who is a part of the movie has shared one such update that is making fans go berserk. Sharing an image of a page in the script, she has captioned her tweet “Page 24 of #superdeluxe (sic)”. 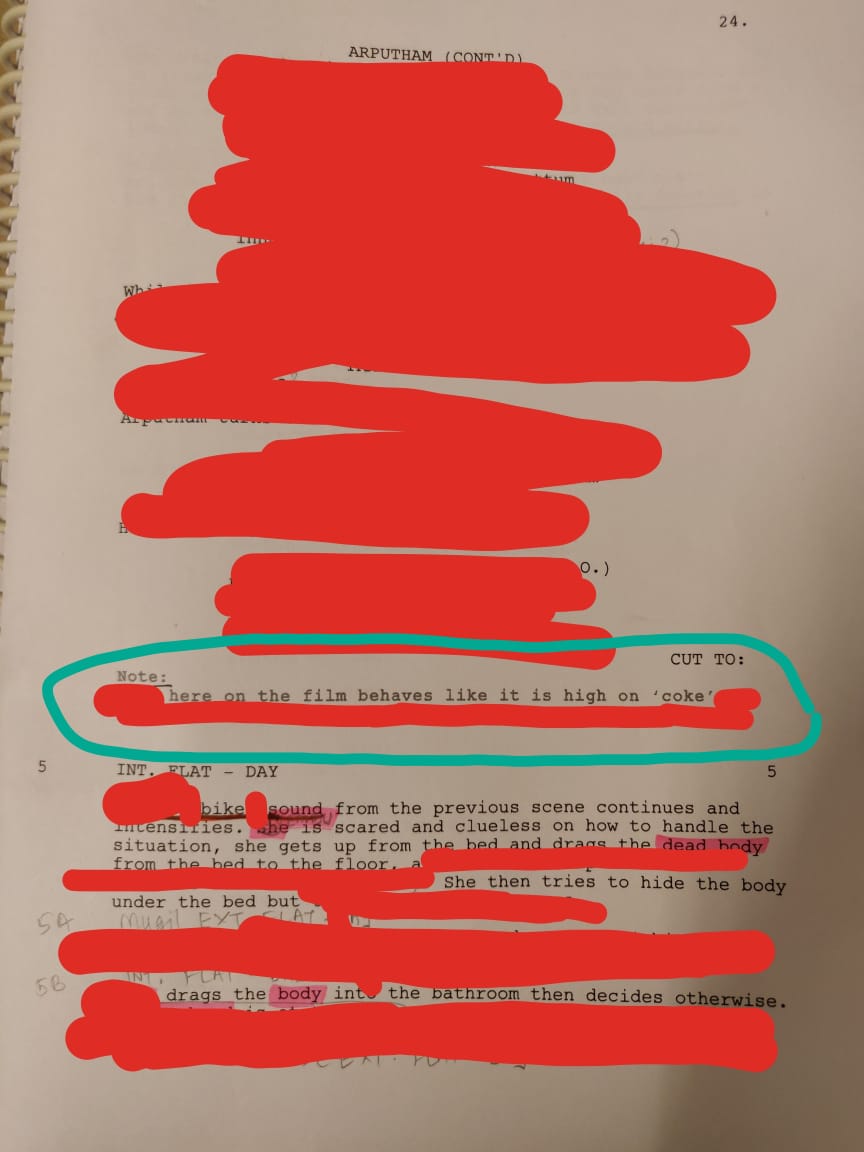 Interestingly, she has hidden certain parts of the script and has chosen to display a few other parts. The page is titled ‘Arputham’ and the highlights of the text is the way it begins- “Here on, the film behaves like it is high on ‘coke’.”