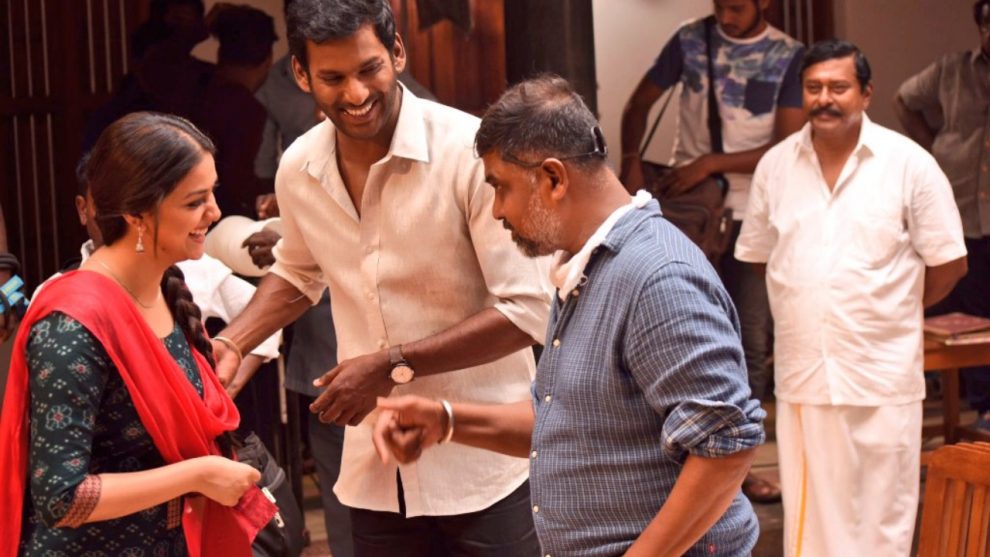 Vishal’s Sandakozhi 2 is gearing up for a grand release soon and the film has been the talk of the town of late. The audio of the movie was launched recently and the songs have become highly popular with the audience.

Starring Vishal and Keerthy Suresh in the lead, Sandakozhi 2 will see Varalaxmi Sarathkumar playing the antagonist. From their tweet, it is evident that the movie’s trailer is releasing today. Keep watching this space to watch the trailer of Sandakozhi 2.