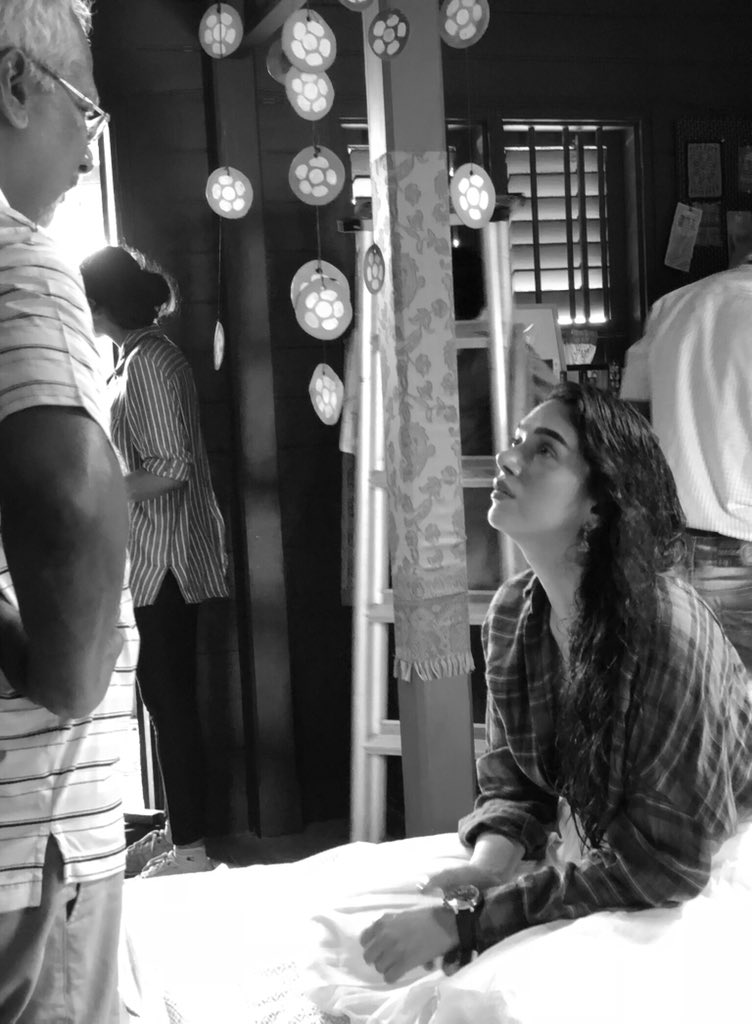 Right from the time it was announced that Aditi Rao Hydari was on board Mani Ratnam’s next, the audience have been eagerly waiting for updates.

The actor has worked with Mani Ratnam in Kaatru Veliyidai alongside Karthi. Although the movie opened to a mixed response, Aditi was appreciated for her portrayal of Dr. Leela.

Now, she is working on Mani Ratnam’s Chekka Chivantha Vaanam and a picture of hers from the sets has been doing rounds on social media.

The picture was posted by cinematographer Santosh Sivan on Twitter, with the caption “Aditi is cool.”

Music director for Suriya’s next with K.V. Anand confirmed
“Subhalaxmi has no plans of acting now”, Gautami clears rumours
Comment