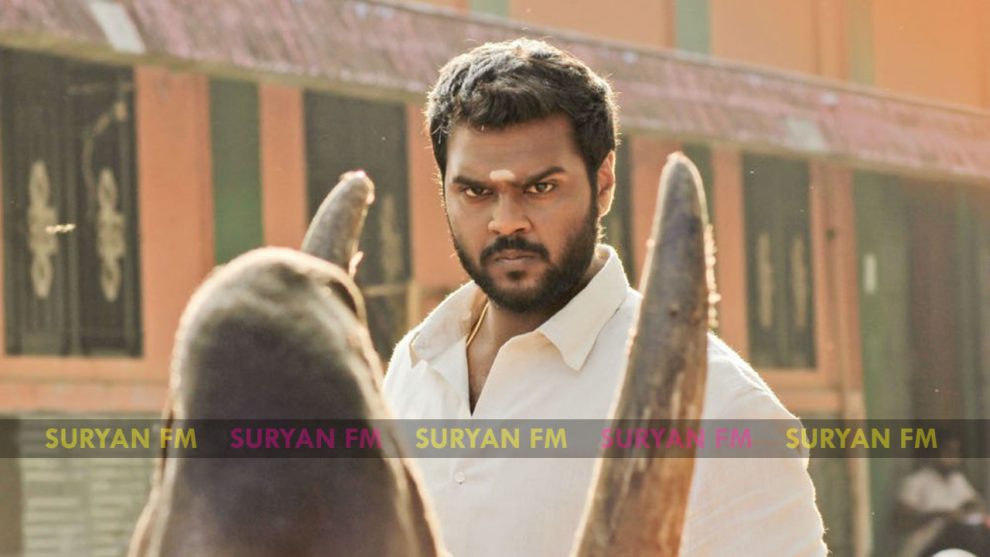 Madura Veeran is a Tamil action film featuring actor Shanmuga Pandian in the lead. The movie is set for release soon and is already generating a buzz on social media.

Shanmuga Pandian is the son of veteran actor Captain Vijaykanth and apart from carrying forward the lineage of his father, he is also keen on making a mark for himself.

According to sources, the actor chose to work on the movie because it was themed around Jallikattu. He had also stated that although there are many movies on Jallikattu, the concept was either restricted to the first half or focussed on a single sequence. Madura Veeran, on the other hand, focusses entirely on Jallikattu, throughout the movie.

According to reports, although the actor plays a native of Madurai in the movie, he does not speak with the typical Madurai slang. This is because he plays the role of a man that returns to Madurai from abroad.

Reports also say that although the movie is based on Jallikattu, it is not entirely inspired by the real-life events surrounding Jallikattu.

On working with Samuthirakani, who is a part of Madura Veeran, Shanmuga Pandian said that he was instrumental in educating the cast and crew about Jallikattu In fact, some of the things he said has been converted as dialogues in the film.

Check out the latest stills from Madura Veeran here!