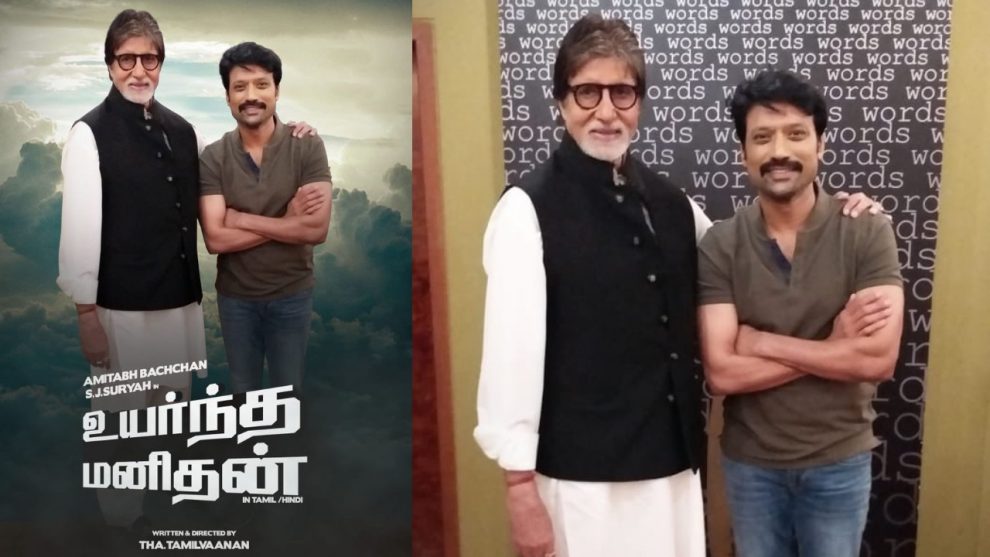 Actor SJ Suryah is one of the most sought-after artists in Kollywood. Now, the actor is all set to make his Bollywood debut alongside veteran actor Amitabh Bachchan.

SJ Suryah confirmed the news on Twitter and said “Feeling blessed my hindi debut is with the ever green Indian super star @SrBachchan … thx to God and UYARNDHA MANIDHAN ( tamil/ hindi ) bilingual …. thx to our super star @rajinikanth blessing us with this welcoming video …. yepdi news chumma adirudulla (sic.)”

He has also shared a video in which Superstar Rajinikanth is seen wishing the team. Titled Uyarndha Manidhan, the movie is written and directed by Tamilvaanan.

SJ Suryah has also confirmed that the movie is bilingual, which means this will be Amitabh Bachchan’s first Tamil movie.