The title and motion poster of Sun Picture’s mammoth production starring Rajinikanth was released recently. Directed by Karthik Subbaraj, the movie has been titled Petta and Rajni seems to be sporting an all-new avatar in the movie.

Taking to Twitter, the makers of the movie have made an exciting announcement on Petta. #Petta Motion Poster crosses 3 Million views on Youtube! https://youtu.be/6QS5veNk-gI (sic).” 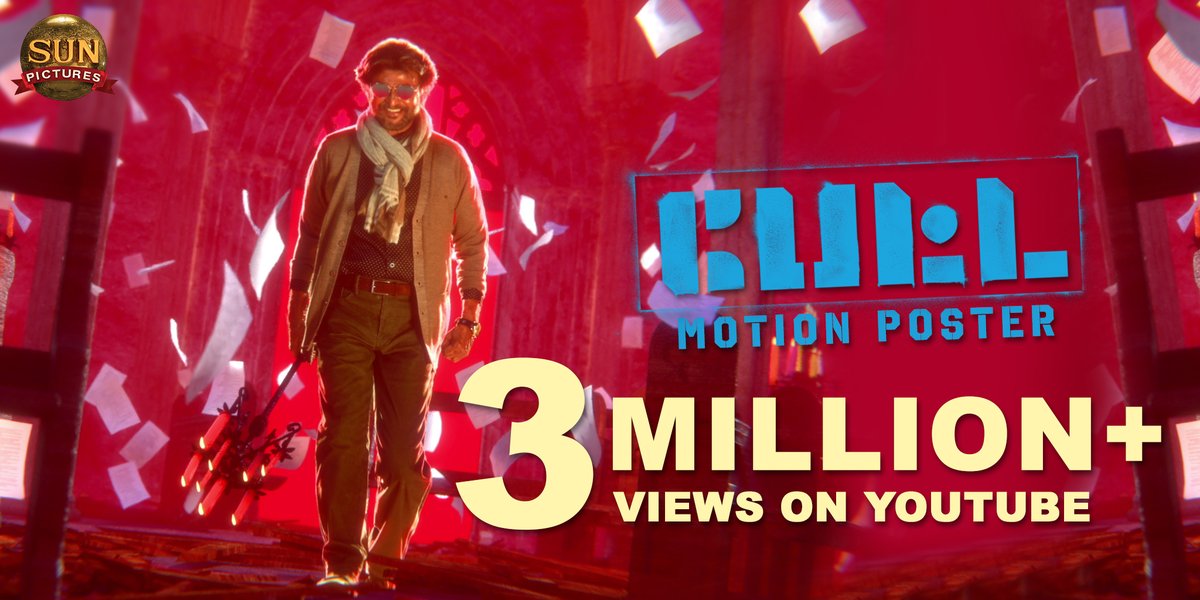 After much hype, the motion poster of the movie was released and within days, it has garneredmillionion and counting

Petta also stars Vijay Sethupathi, Trisha, Simran and Bobby Simha. Anirudh Ravichander is scoring the music for the film and other official announcements from the team are awaited.