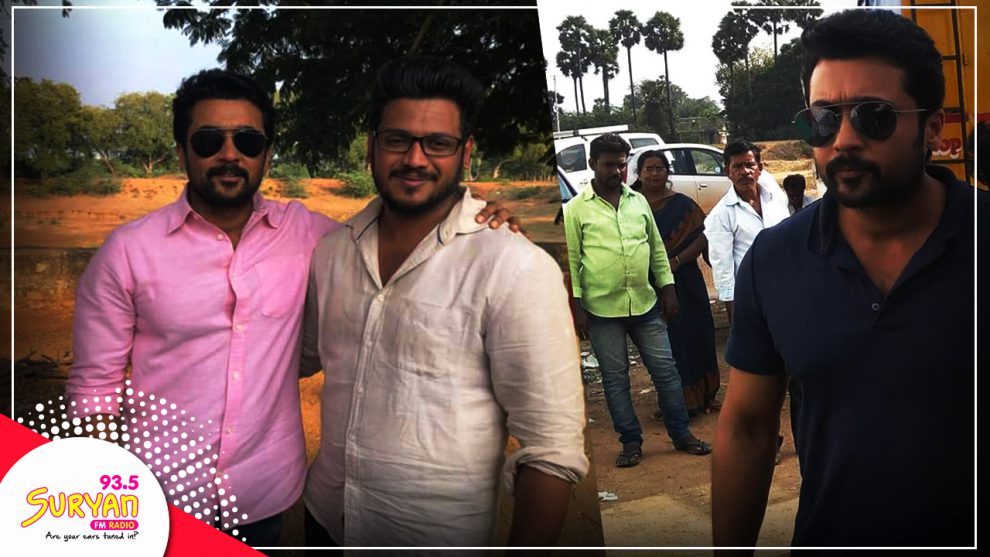 Actor Karthi is all busy shooting for Pandiraj’s directorial Kadai Kutty Singam. According to reports, the team is currently shooting for the film in Karaikudi.

Reportedly, an important rekla sequence featuring Karthi was shot there amidst a huge crowd. The movie’s producer Suriya visited the shooting spot recently and pictures of the same are already viral on social media.

The Singam actor apparently spent an entire day with the movie’s unit.

After shooting for 15 days in Karaikudi, the team is speculated to head to Tirunelveli for the next schedule.

The movie’s first look was unveiled on the day of Pongal. Going by the first look poster, it is speculated that Karthi will essay the role of a farmer in Kadai Kutty Singam, which has Sayyeshaa playing the female lead.

The village-based entertainer will also have Priya Bhavanishankar in an important character. Actors Sathyaraj, Sreeman, Soori, and Ponvannan are also part of the film. D.Imman is composing music and Velraj is handling the camera department

The film that is Karthi’s 16th and 2D Entertainment’s 5th production venture is also releasing in Telugu with the title Chinna Babu.