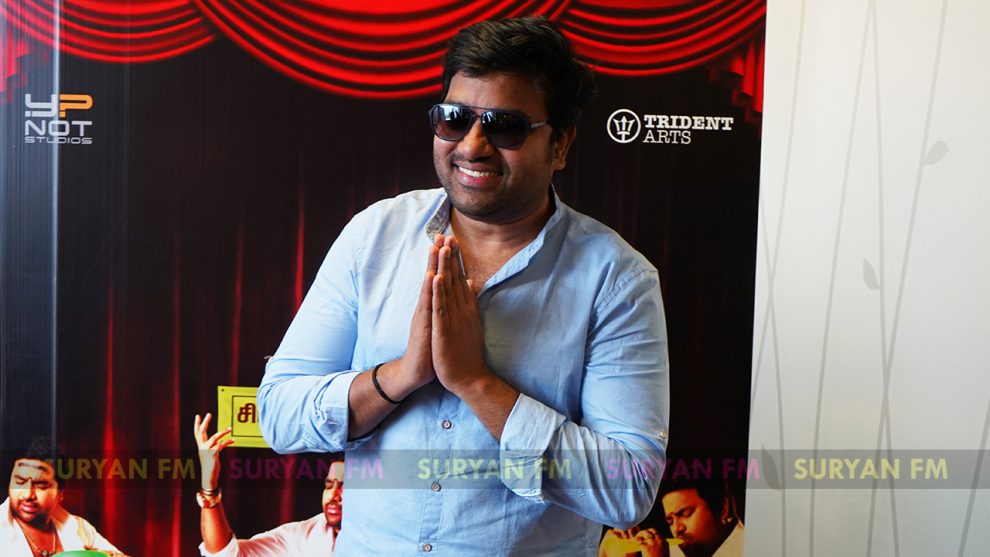 Ahead of the release, the makers have created a humongous hype among the audience through parodied posters and sneak peek videos. So far, it is safe to say that the movie is winning.

Not even one vulgar shot in the movie so far , and yet he has spoofed so many things in the Most democratic way possible. Respect @csamudhan ! #TamizhPadam2 #Interval

#Tamizhpadam2 interval – Fun Fun and more Fun. Can’t be just termed as a spoof movie , @csamudhan has worked so hard on even tiny things. No mercy to any actor – Suttle galaai !!

#Tamizhpadam2 – On the downside, comparing with the number of scenes trolling Ajith and Rajinikanth, there wasn’t many spoof sequences on Vijay and Kamal Haasan . Gutsy attack on ADMK and BJP! #Thalapathy

#Tamizhpadam2 | Complete ‘Spoof’ movie that has gone a step ahead by trolling politics along with Tamil movies. Second half is the real show saver after first half looked way below par at interval. Shiva, Sathish, Director Amudhan comes out winning at the end. Enjoyable(3.25/5)

#Tamizhpadam2 | Director @csamudhan has shown no mercy in trolling some famous movies and politicians, but good that he has executed in a lighter note. From heroes to directors to heroines he hasn’t left behind anyone unspoofed. Few linking sequences showcased the talent he has!

#Tamizhpadam2 | The team has literally brought many scenes back to screen through this. Loved the authenticity in costumes, camera and face expressions in those sequences that looked so much similar to the original. The final dance war sequence is a sure shot laughathon moment!

#TamizhPadam2 – As expected @csamudhan is on a trolling spree. As expected @actorshiva rocks with his trademark deadpan humor & dialog delivery. @actorsathish‘s different makeovers are a highlight too. Plenty of LOL moments & some flat moments too. Long first half, 1 hr 20 mins

#TamizhPadam2: @actorshiva’s incredible comic timing is the heart of the film, even the slightest of his stares tickle fun. @actorsathish has a strong role to play with close to 15 getups, his dance sequence with Shiva is a treat!