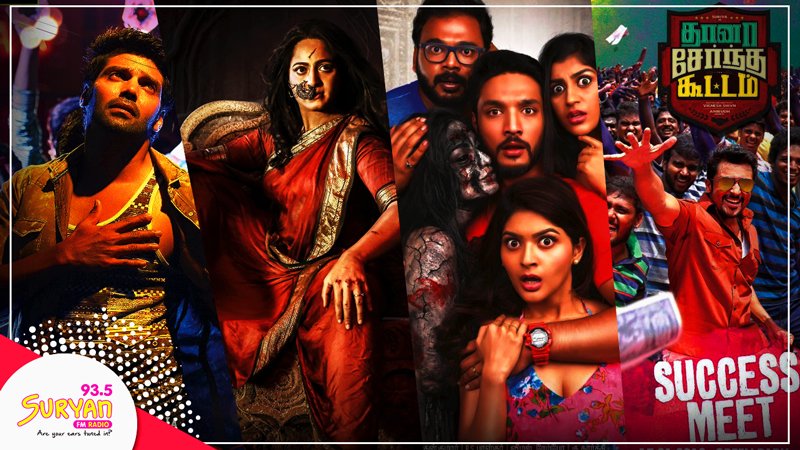 Kollywood is having a field run this year with a steady slew of movies lined up. All the movies have ensemble star casts, come from strong production houses and many familiar names are associated with the movies.

4 such major movies of 2018– Thaana Serndha Kootam, Bahaagamathie, Iruttu Araiyil Murattu Kuththu and Ghajinikanth– are hosting events related to their movie under the same roof, on the same day.

All 4 events are being conducted at Hotel Green Park in Chennai from 3 p.m. to 10 p.m. on January 17. The events are scheduled to happen one after the other at the said venue.