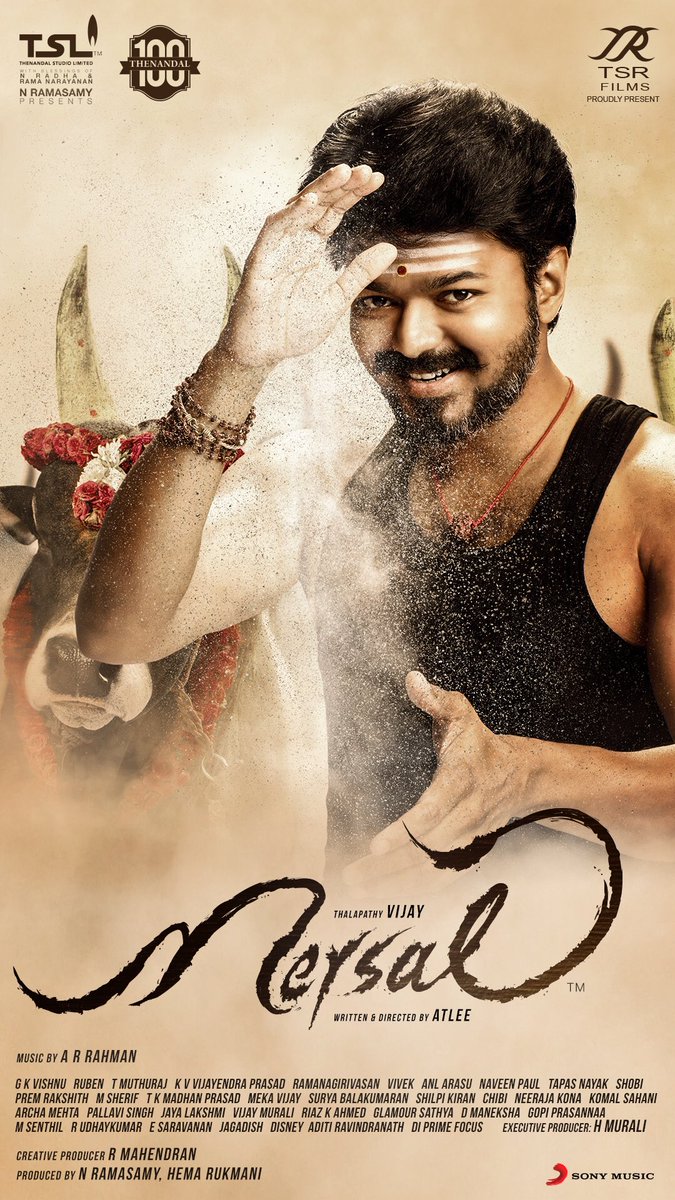 The action-thriller is directed by Atlee and has Vijay, Nithya Menen, Samantha and Kajal Aggarwal in lead roles. The movie which marks to be Thendandal Production’s 100th film has music by AR Rahman.

Couldn’t have asked for a better start to the #NewYear than this! Awards and nominations flowing in for #Mersal and @actorvijay.
Now it’s the #NationalFilmAwardsUK nominations. #proudmoment #TSL#BestForeignLanguageFilm#BestSupportingActor@Hemarukmani1 @MuraliRamasamy4 pic.twitter.com/9bioQZ6d3d

After the release of the film, it created a stir on political front for criticising certain government policies. However, the public and few political parties rallied in support of the actor, as the film had already been certified by the CBFC.

Mersal is the biggest hit in actor Vijay’s career. The movie garnered over Rs 250 Crore at the worldwide box-office.