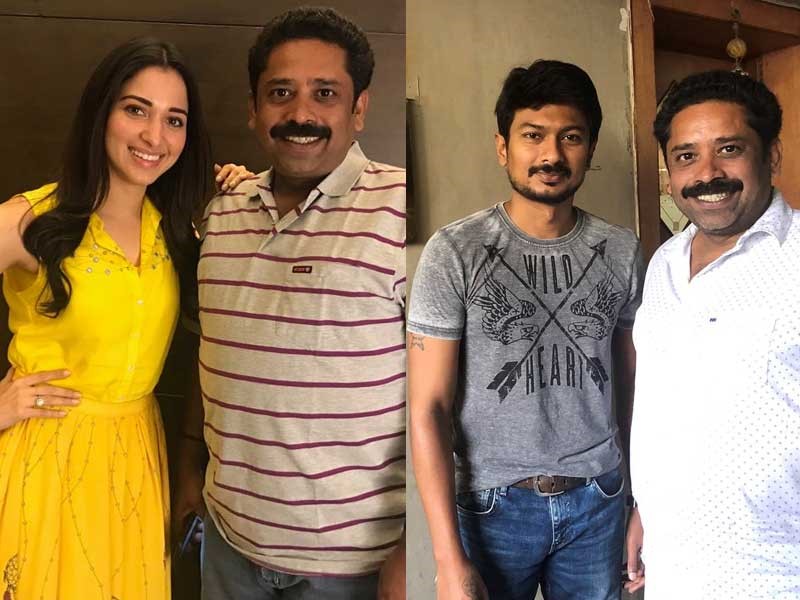 Earlier this month, Udhayanidhi Stalin had announced his next project with director Seenu Ramasamy, through his Twitter handle. The actor who is currently awaiting the release of his film Nimir, has previously worked with Seenu Ramasamy in Neerparavai.

According to reports, this film has been titled Kanne Kalai Maane and actor Tamannaah has been roped in to play the female lead. The shoot for the film is reportedly commencing on January 19.

Tamannah, who worked in Seenu Ramasamy’s Dharmadurai, is reportedly highly excited about this project.

Sources say that the movie is a family entertainer with doses of romance and comedy.

Met her @tamannaahspeaks again today with same Simplicity, love,respect and most importantly her lovre for cinema. pic.twitter.com/quOVvZBCud