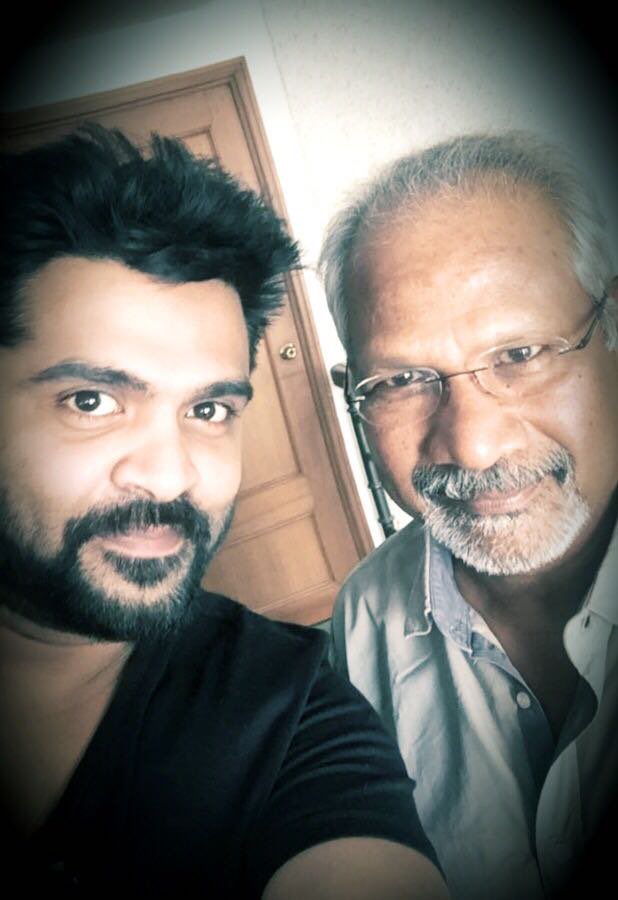 As you know, Mani Ratnam’s upcoming movie is a multi-starrer featuring Simbu, Fahadh Faasil, Vijay Sethupathi, Jyothika and Aishwarya Rajesh in the lead roles. The latest update is that STR aka Simbu has started taking acting workshops conducted by Mani Ratnam for the movie.

A selfie of the duo has surfaced online and has already become the talk of the town. Media sources say that the actor has also sought blessings from the legendary director for his musical debut in Sakka Podu Podu Raja.

Touted to be an action-thriller, makers have pinned high hopes on this project. Santosh Sivan will crank the camera. Oscar-winning musician A.R Rahman has been roped in to compose the music for the film, which is bankrolled by Madras Talkies.

The Mani Ratnam project is likely to start rolling from early next year, and the first schedule will be shot in Chennai. Stay tuned!