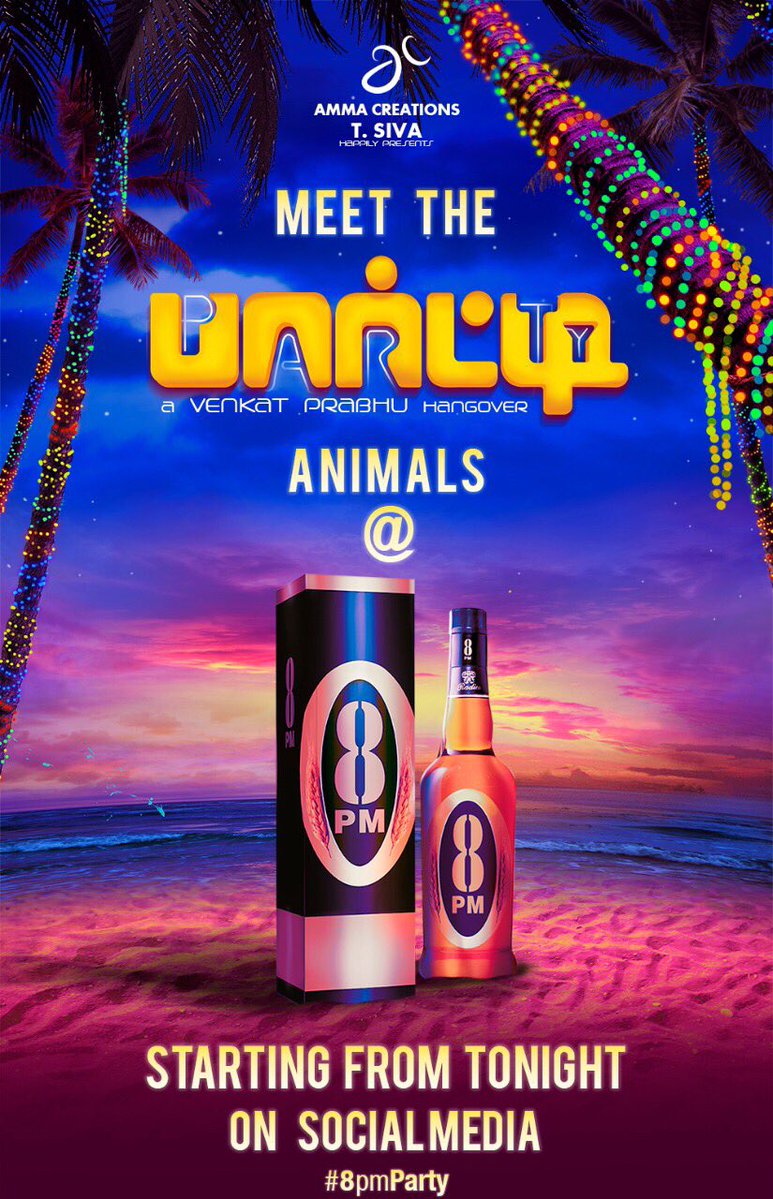 Venkat Prabhu is known for his light-hearted films that strike a chord with the audience. The latest on his list is the upcoming movie- Party. Termed as A Venkat Prabhu Hangover, the movie has an ensemble star cast including Jai, Shaam, Shiva, Chandran, Regina Cassandra, Sanchita Shetty, Nivetha Pethuraj, Ramya Krishnan, Sathyaraj, and Nasser.

Music for the film is being scored by Premgi Amaran and the movie promises to be a laugh riot and an entertainer. With the first look of the film revealing the names of the lead actors in alcohol bottles, Party has already created a buzz among the audience.

Recently, director Venkat Prabhu made an important announcement on his Twitter handle. According to his tweet, fans will now get a glimpse of each character in the Party team every day until New Year’s day, at 8 p.m.