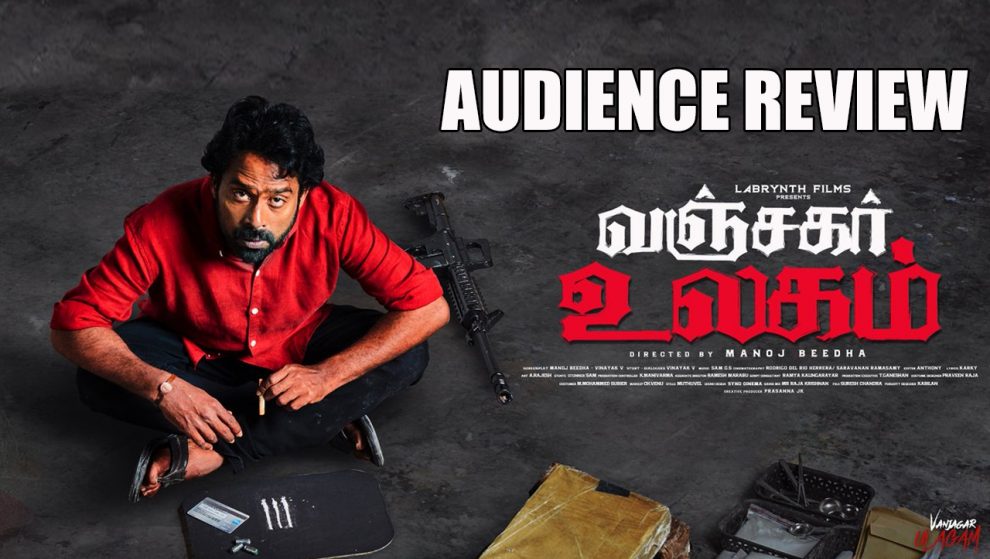 Going by the reviews on social media, the movie seems to have impressed the audience and critics alike.

#VanjagarUlagamFromToday – @IamChandini_12 gets a bold part and does it well. #GuruSomasundaram plays a gangster with personal battles to fight. It’s a role which other actors would’ve hesitated to pick. #Section377 and #VanjagarUlagam also share a connection.. Chk it out.

#VanjagarUlagam – Has a #Thala #Ajith reference with the evergreen #Dheena intro sequence and action scene in the rain..

#VanjagarUlagam: Highly experimental attempt that converges a murder mystery with a gangster setup. Extremely slow but persistent narrative with a twist at the end. May appeal to international audiences and pure film fans!

#VanjagarUlagam done watching – This young team can really feel proud about themselves for making such a top quality movie that stands true to its genre. Theater scene, Scorpio scene , there are scenes like this that will make a movie love crazy. Well done!!

#VanjagarUlagam: @SamCSmusic provides a globally acceptable score – the best part of the film. Very innovative approach to his work that deserves lot of praise. Mexican cinematographer Rodrigo does a great job too. Technically strong!

#VanjagarUlagam – Easily, the most experimental attempt in Tamil cinema. A moody gangster thriller that, despite pacing issues, packs a solid punch. It also goes down as @SamCSmusic’s best work by far. Also features great visuals.

#VanjagarUlagam Interval – The cinematography , Music and Guru Somasundarams performance are elevating the movie to next level. Did not expect a movie of this quality from a debutant. Enjoying the movie !!

Caught on camera: Thief’s ridiculous attempt at stealing, check out what he did after
Superstar Rajinikanth’s next with Karthik Subbaraj has a massive update
Comment