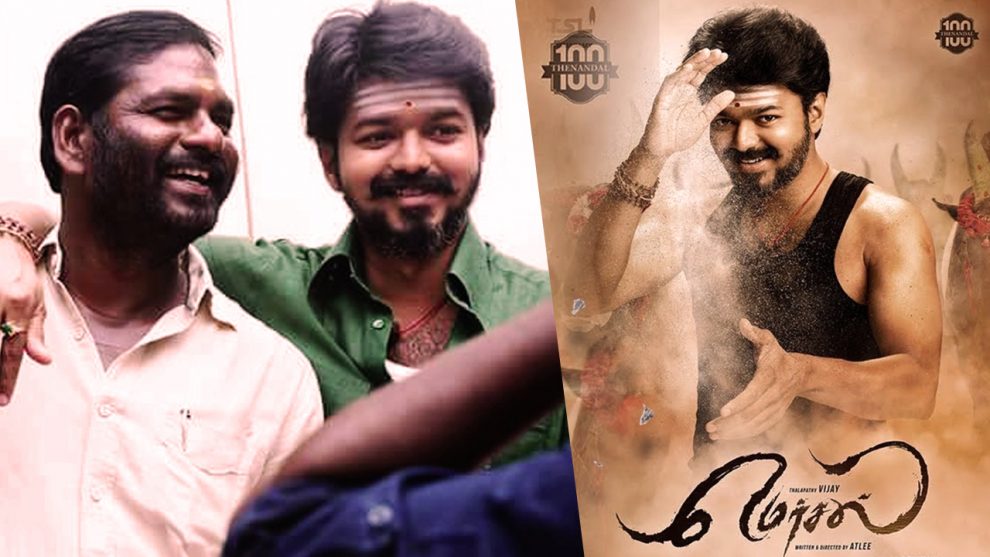 Mersal, the Vijay starrer blockbuster hit broke several pre-existing records of Kollywood and emerged as one of the all-time highest grossers in the industry. Starring Vijay in the lead role, Mersal features Kajal Aggarwal, Nithya Menen, and Samantha in the female leads.

Directed by Atlee, Mersal reportedly collected Rs 251 crore worldwide, coming next only to Baahubali 2. Bankrolled by N Ramasamy, Hema Rukmani, and H Murali under the banner Thenandal Studio Limited, Mersal was released on October 18 last year on the occasion of Deepavali.

Recently, the film had stiff competition at the 4th edition of the National Film Awards UK 2018 and even won the prestigious Best Foreign Language Film there. It must be noted that Vijay was even nominated for the Best Supporting Actor Award for the film.

While the movie continues to be the talk of the town even after 5 months of its release, here’s a happy news for all Mersal fans out there! Thenandal Films, the makers of the movie recently conducted an online poll.

They have asked the internet audience if they would like to see unseen stills of the movie, to which frenzied fans have been piling on the votes.

The response is obviously positive and some have even asked to see deleted scenes from the movie as well. Looks like much after its release also, Mersal is creating waves.