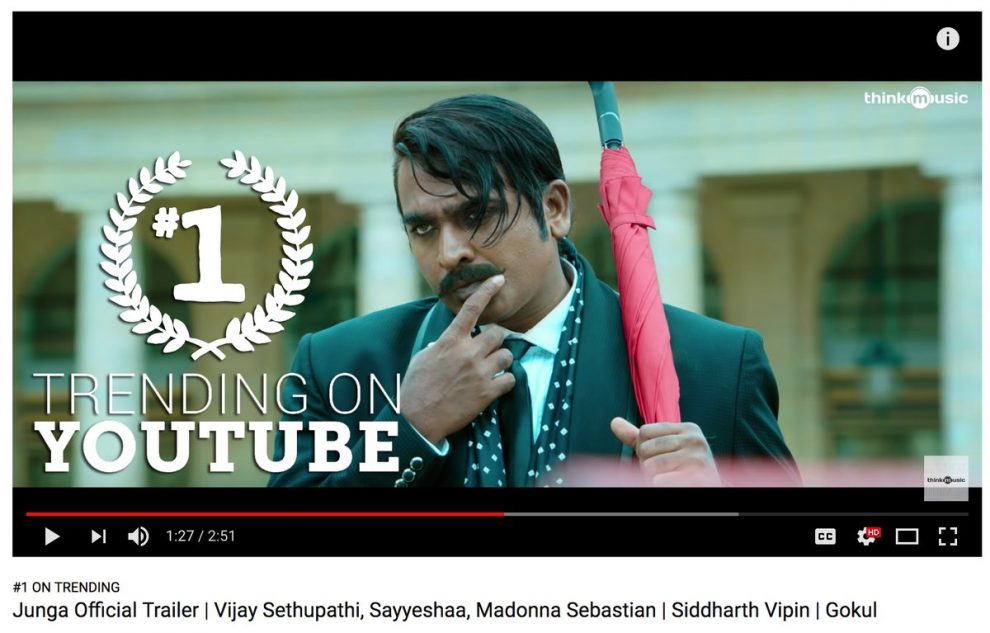 Known to be a versatile actor with a massive fan following, Vijay Sethupathi is busy promoting his next movie Junga. The trailer of Junga was released recently on YouTube and garnered a massive reception from fans and critics alike.

The trailer gave us a glimpse into the world of Junga the gangster and his life. The latest we hear on the movie is that the trailer has crossed 2 million views on YouTube within a day of its release.

The trailer is also trending at No 1 on YouTube and this is no mean feat.

It looks like the audience are already bowled over by Junga and the team is getting ready to deliver a blockbuster.

Junga is touted to be a Tamil neo-noir mafia comedy film and is directed by Gokul. The movie also has Sayyeshaa and Madonna Sebastian in the lead.

Vikram Vedha pair to reunite in this movie
Vignesh Shivn writes for Nayanthara, check out the video here
Comment