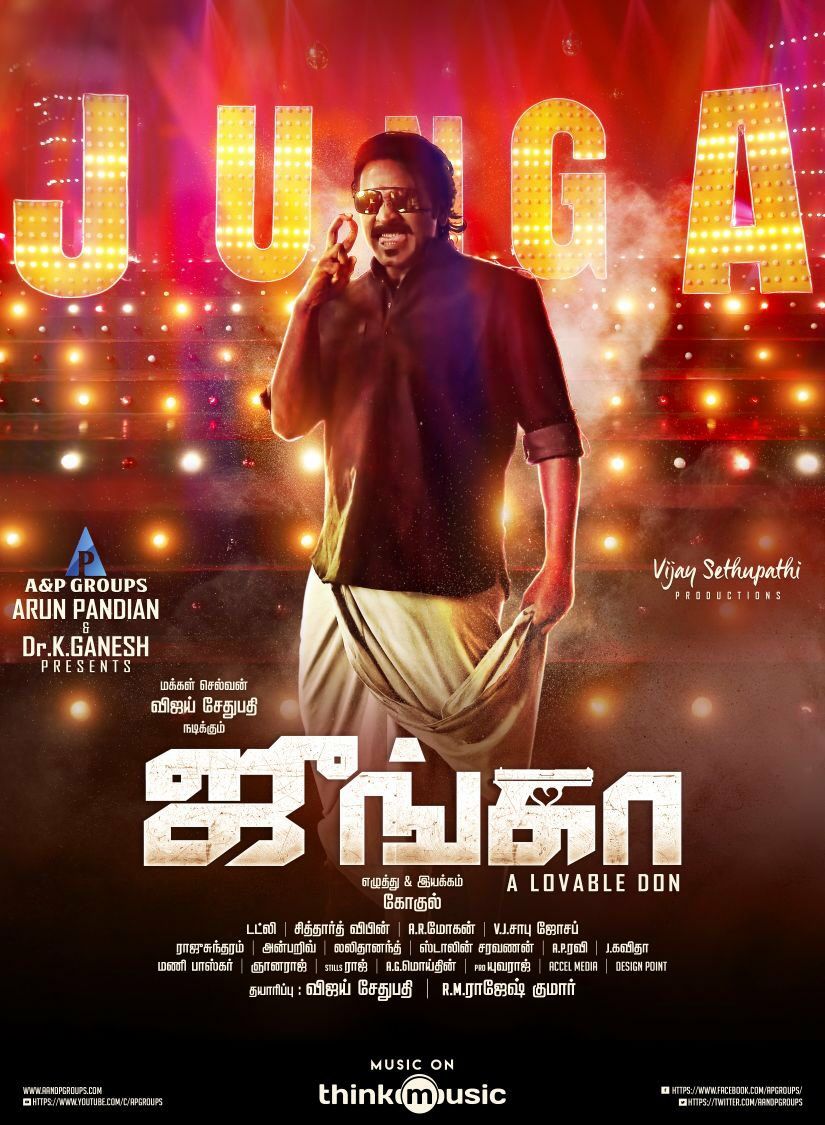 Vijay Sethupathi seems to be a natural at selecting scripts that have an edge to them. The successful actor is currently basking in the glory of his Oru Nalla Naal Paathu Soldren and audience have been lauding his performance.

The actor’s next, titled Junga, has been written and directed by Gokul and is already making heads turn on social media. Ever since the first look of the movie released, Twitterati has been abuzz with information on the theme of the movie, Vijay Sethupathi’s look in the movie and the rest of the cast and crew.

What is Junga all about?

From the looks of it, Junga seems to be a gangster movie that also stars  Sayyeshaa and Madonna Sebastian in the lead. Reports say that Junga has been shot in France and some portions of the movie featuring Vijay Sethupathi and Yogi Babu have been shot in Chennai.

The teaser of the film opened to positive response and it looks like Junga will be an entertaining gangster movie.

The latest buzz around Junga

The latest update from team Junga is that Think Music India has bagged the audio rights of the movie. The first single from the movie will be released on Valentine’s day and fans are already expectant. Composer Siddharth Vipin has scored the music for the film. Interestingly, he has also scored music for the Vijay Sethupathi-Gokul duo’s previous venture Idharkuthaane Aasaipattai Balakumara.