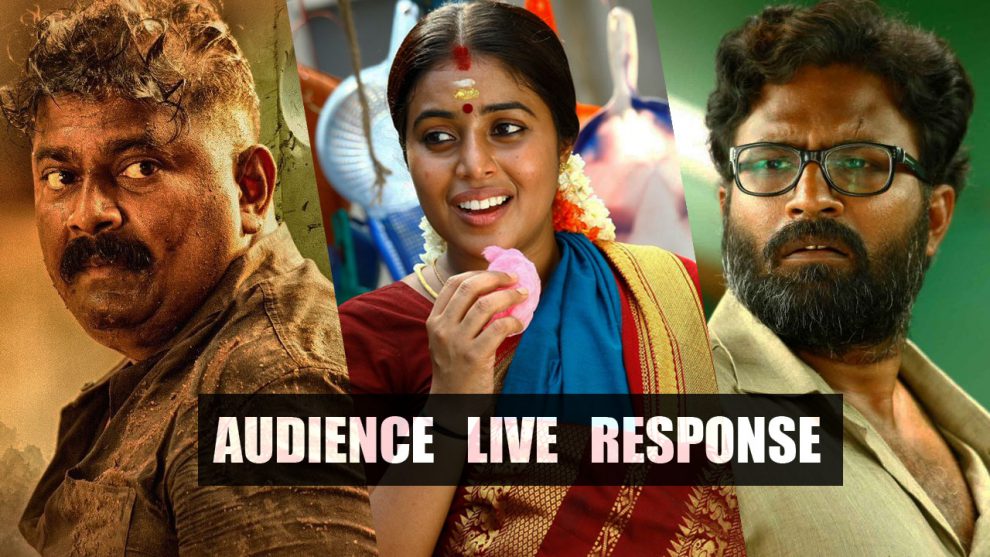 For the first time, directors Ram and Mysskin are uniting for a film, titled Savarakathi, which has already opened to rave reviews from its celebrity premiere show.

Directed by Mysskin’s younger brother G.R Adithya, the movie is hitting theatres today. From its intriguing teasers and the intense looks of the characters, Savarakathi has already created a huge buzz on social media.

Produced by Mysskin’s Lone Wolf Productions, the movie’s music is composed by Arrol Corelli. As Mysskin and Ram have already carved a niche for themselves as acclaimed directors, Savarakathi faces sky-high expectations.

#Savarakathi – 3.5/5. #Mysskin proves that he can also write comedy, funny situations well. Though he acts as a violent rowdy who mostly bashes ppl around, what he does will make you laugh. As always, he’s an expert at touching emotions! His bro Director Adithya makes a grt debut

#Savarakathi – Serious movie lovers and Myskkin / Ram fans – Not even a penny of you will be wasted. A lesson about how to make a budget movie . Will bring out all the best emotions in you. Go watch with a light heart, you will come out with a light but heavy one !

#Savarakathi is that kind of a film where, you’ll feel the style to be overpowering, but give it some time to grow on you, the whole funda works well! Debutant #Aadhithya has hit the right buzzer

#Savarakathi 1st half – A wacky attempt where the comedy is very dramatic and physical. The characters are loud and over the top. Interval block is a nice clapworthy touch. Rowdy #Mysskin, barber #Ram driving the play..

#Savarakathi is good fun. It’s one of those films that’s likely to surprise u as a quirky comedy. @shamna_kasim is in top form. Superb performance from the actress, investing both vulnerability and an inimitable attitude into her character