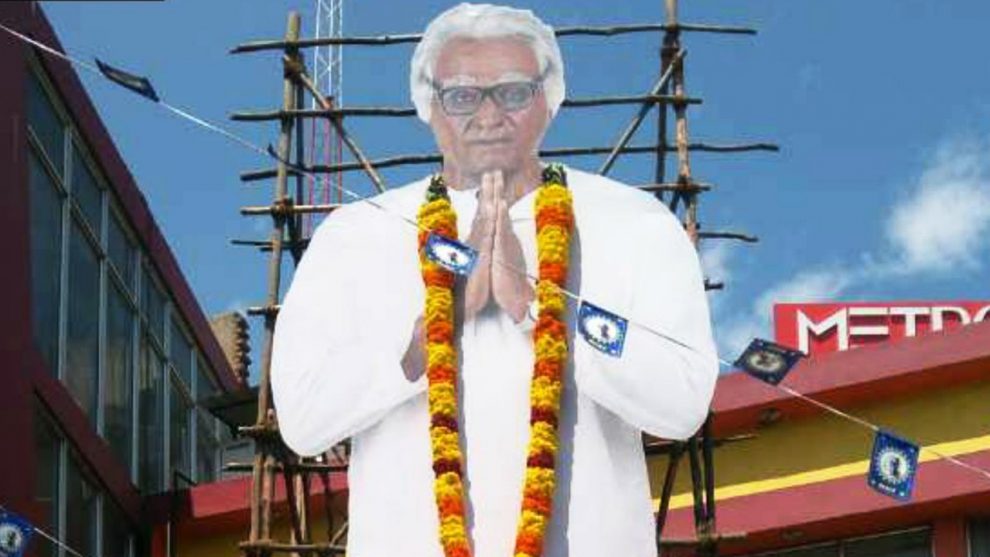 Fans spraying milk on movie posters and worshipping their stars are common down the south, especially in Tamil Nadu.

A video of a similar sort has surfaced on social media. Interestingly, the video features a group of fans bathing a huge cutout of actor Vijay Sethupathi’s character in the movie Seethakaathi.  The video is taken from Vettri theatre premises, where the movie’s shoot is reportedly progressing at a brisk pace.

Known for his versatile role choices, the actor is donning a never-seen-before look in Seethakaathi. The versatile actor is essaying the role of an aged man in the movie. The movie’s poster was released on the actor’s birthday, and it had gone viral in a matter of few minutes.

As you know, the actor has already proved his expertise in playing aged man character in Orange Mittai before. However, in the upcoming flick, Vijay Sethupathi is said to be playing the role of a veteran drama artist.