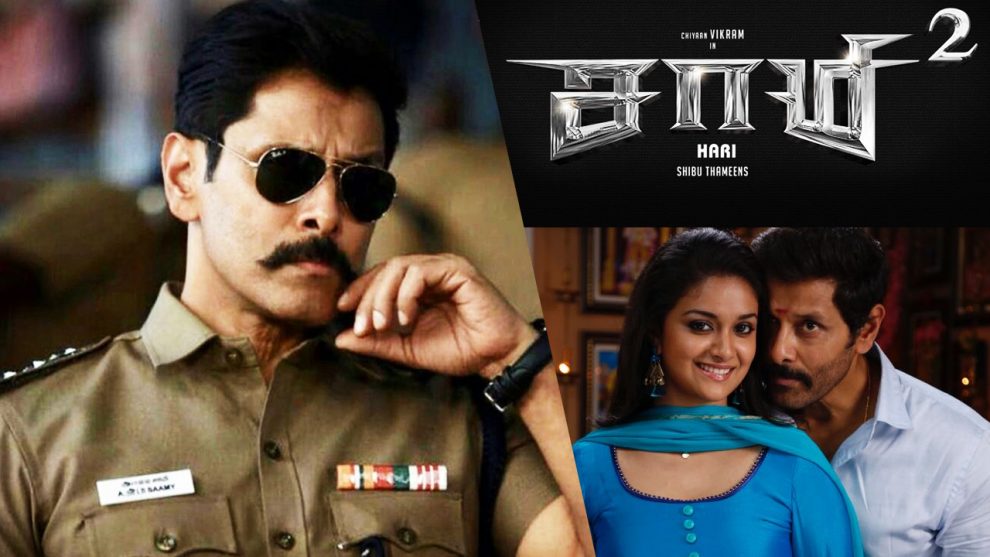 It’s a well-known fact that director Hari and actor Chiyaan Vikram are teaming up again for Saamy Square, which has already created a huge buzz on social media.

The latest development is that the team will be releasing the first motion poster of the movie on Thursday.  The announcement was made by Thameens Films, the makers of the action entertainer, through their Twitter handle along with this poster. 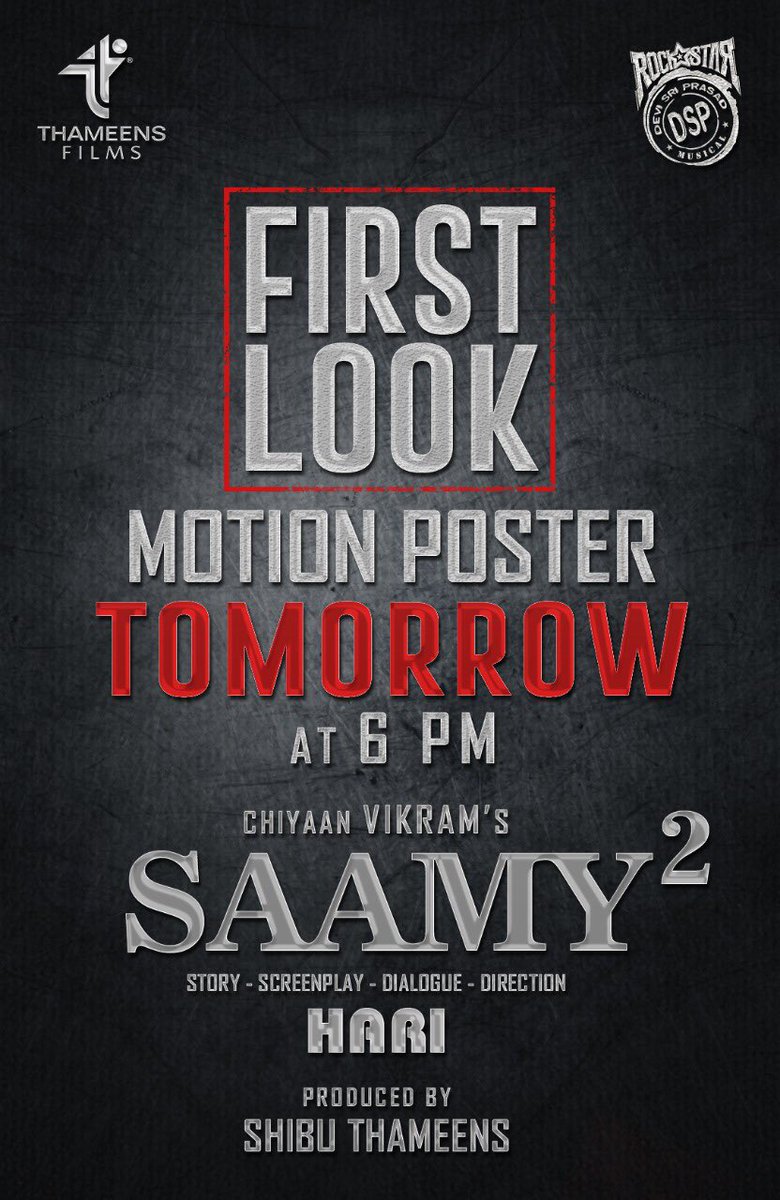 Shibu Thameens is producing the film which has music by Devi Sri Prasad. While the prequel featured Trisha in the female lead, Saamy Square will have Keerthy Suresh. Bobby Simha essays the antagonist role.

Going by leaked pictures from the shooting location, Bobby Simha will be seen as Ravan Pichchai, one of the three sons of Perumal Pichai (Kota Srinivasa Rao), who played the antagonist role in Saamy. Vikram will be seen in two roles – as Aarusamy and his son.

Saamy Square is one of the big films to look forward to this year. Watch out this space for further updates on Saamy Square.