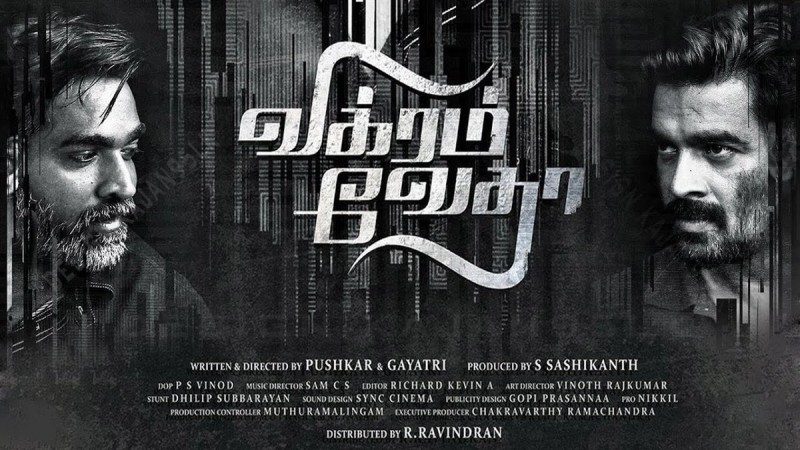 Vikram heads a special force that works on wiping out Vedha’s gang from Chennai. After a series of events, the mighty don himself faces the cop and engages him in a series of mind games.

As enticing as the movie was, the latest news is that Vikram Vedha is being remade in Hindi. Neeraj Pandey, S. Sashiknath and Reliance Entertainment will be bankrolling the movie. The remake will also be directed by Pushkar-Gayathri.

Although it is not known whether the original cast will be retained for the remake, it is being rumored that Madhavan may be roped in again.

Y Not Studios made the announcement on social media with a tweet that read- “Super excited to announce our next production @VikramVedhaFilm Hindi remake. @RelianceEnt @PlanC_Studios @FridayFilmworks @Shibasishsarkar @PushkarGayatri (sic.)”

The movie worked magic at the box office last year and received rave reviews. It was quick to become one of the highest films of the year. With the kind of success the movie has seen, expectations are high with the Hindi remake as well.