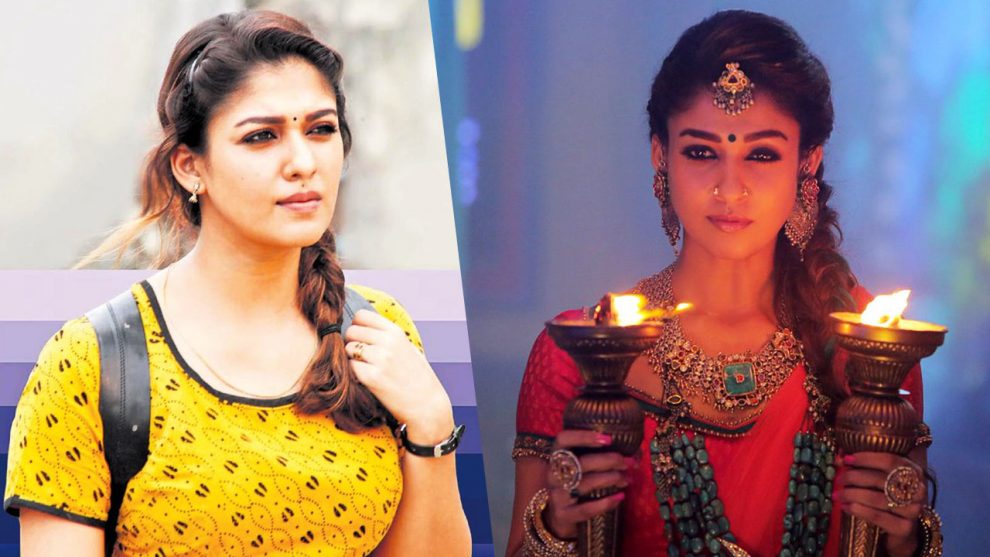 One star that we love watching on screen, Nayanthara has come a long way from her Tamil debut Ayya. We have seen her in a variety of roles. Be it playing the demure village girl in her debut or playing a suave corporate employee in Yaaradi Nee Mohini, she has won our hearts with equal ease.

Let’s take a look at what 2018 has in store for Nayanthara. Having watched her transformation as an actor in movies like Naanum Rowdy Daan and Aramm, the audience are highly expectant of her releases for 2018. Here’s what she has lined up so far.

Touted to be a thriller, this movie also stars Atharvaa in the lead. Director Ajay Gnanamuthu signed on Nayanthara to play the female lead and according to reports, the role is strong. Interestingly, Nayanthara plays Atharvaa’s elder sister in the movie. Anurag Kashyap plays the villain in the movie and some intriguing posters were released from the movie. The shooting for the movie has been completed, as announced by Atharvaa on December 17. With music by Hip Hop Tamizha, the movie is expected to hit screens soon.

Directed by Chakri Toleti, this movie is also touted to be a mystery film and the story is said to be women-centric. Post Aramm, Nayanthara seems to be keen on choosing strong roles. Interestingly, this movie is being co-produced by Yuvan Shankar Raja and he is also scoring music for the film. The film is also being made in Hindi, with Tamannaah reprising Nayanthara’s role.

As intriguing as the title is, sources say that the name is perfect for the story. In this women-centric film, Nayanthara supposedly plays the role of a girl who has a penchant for creating Rangoli. Directed by Nelson Dilipkumar, the movie has Saranya Ponvannan and Yogi Babu in important roles. Music is being scored by Anirudh Ravichander and Kolamaavu Kokila is expected to hit screens soon.

This was a huge surprise for many of the lady superstar’s fans. Viswasam was already creating a buzz on social media after it was announced that Ajith will play the male lead. Soon, the makers revealed that Nayanthara will pay the female lead and her fans are highly excited for the return of this popular on-screen pair. The makers later announced that D. Imman will be scoring music for the film.

This movie was announced by KJR Studios on Twitter and it was revealed that Sarjun K.M (director of short films Lakshmi and Maa) will be directing the movie. Interestingly, KJR Studios also produced her successful film Aramm. The team made the announcement on Twitter with an interesting poster and also revealed that it will be a complete horror film.

This is a period drama in Telugu, where Nayanthara will be seen alongside Chiranjeevi. The movie also has Kichcha Sudeep and Vijay Sethupathi in pivotal roles. It is also being said that M. M. Keeravani and Ilaiyaraaja have been approached to score music for the film.

Well, that’s how much we know about Nayanthara’s 2018 so far. The year has just begun and we’re sure she’s going to take on more such exciting projects. If you are as excited to know as we are, keep tracking this space.