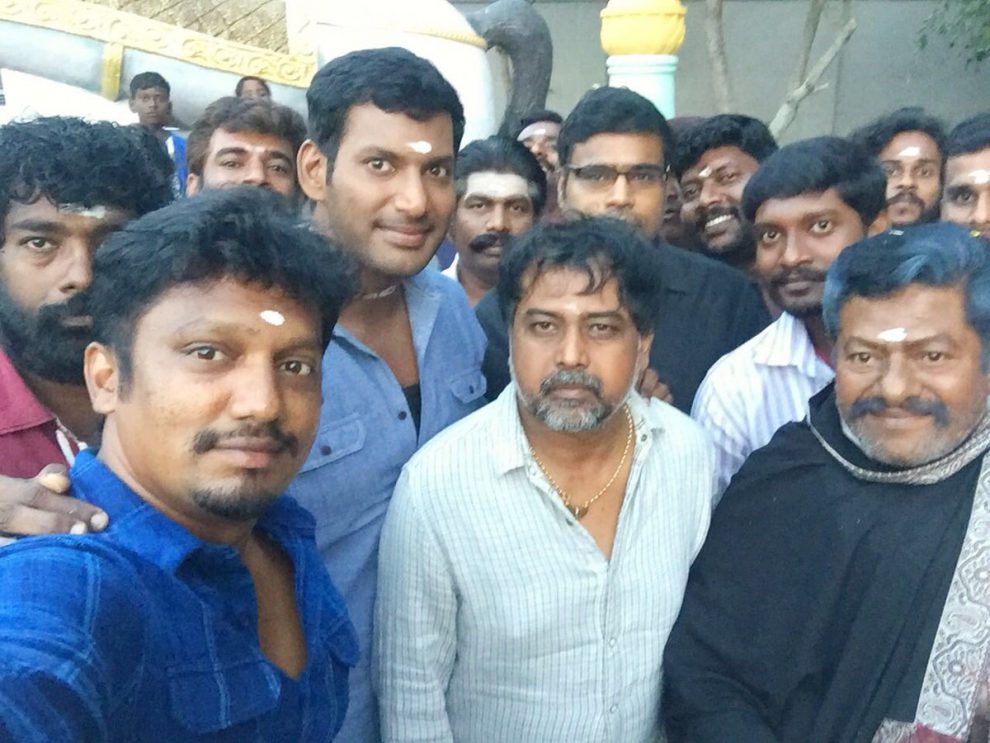 According to the latest update, the Chennai schedule of actor Vishal’s much-anticipated movie Sandakozhi 2 wrapped on Wednesday. Fifty percent shooting of the Lingusamy directorial completed, and the team will be soon heading to Dindigul for filmming  the remaining half.

The first teaser of Sandakozhi 2  was unveiled at the star-studded Natchathira Vizha event. The team is yet to release the teaser on social media.

Also starring Keerthy Suresh, the sequel will feature Soori in an important role and Varalaxmi Sarath Kumar as the antagonist in a never-seen-before avatar.

It is rumoured that Meera Jasmine who played the leading lady in the prequel might do a cameo in this film. Yuvan Shankar Raja takes care of the music department.