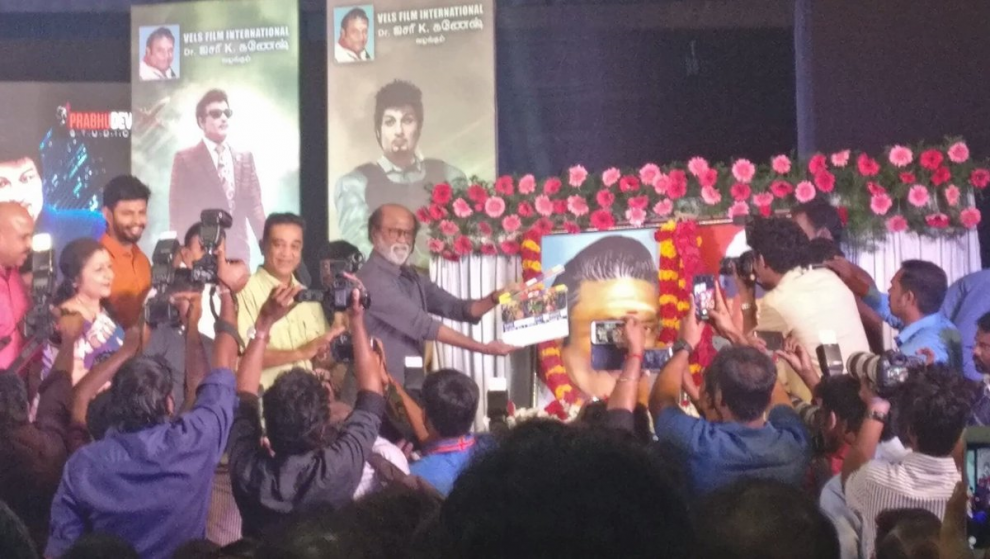 Late Tamil Nadu Chief Minister MG Ramachandran’s dream project Kizhakku Africavil Raju, which was announced back in 1970s, was launched on the 101st birth anniversary celebrations of the actor. Actors-turned-politicians, Rajinikanth, and Kamal Haasan took part in the pooja lunch which was held at the MGR’s Sathya Studio in Adyar.

Rajinikanth launched the movie by clapping the first shot, in the presence of Kamal Haasan. It is the first public event attended by Superstar Rajinikanth after his entry into politics.

Directed by A Balakrishnan, Kizhakku Africavil Raju is an action-adventure fantasy animation film. Sathish Kumar is playing MGR while SS Stanley will be essaying the role of former CM Annadurai in the biopic. Madras actress Rithvika has been roped in to play the role of MGR’s wife Janaki in the biopic. The actress will begin shooting for her portion from this month.

The film is being made by Prabhu Deva Studios in association with Vels Film International. More details are awaited!