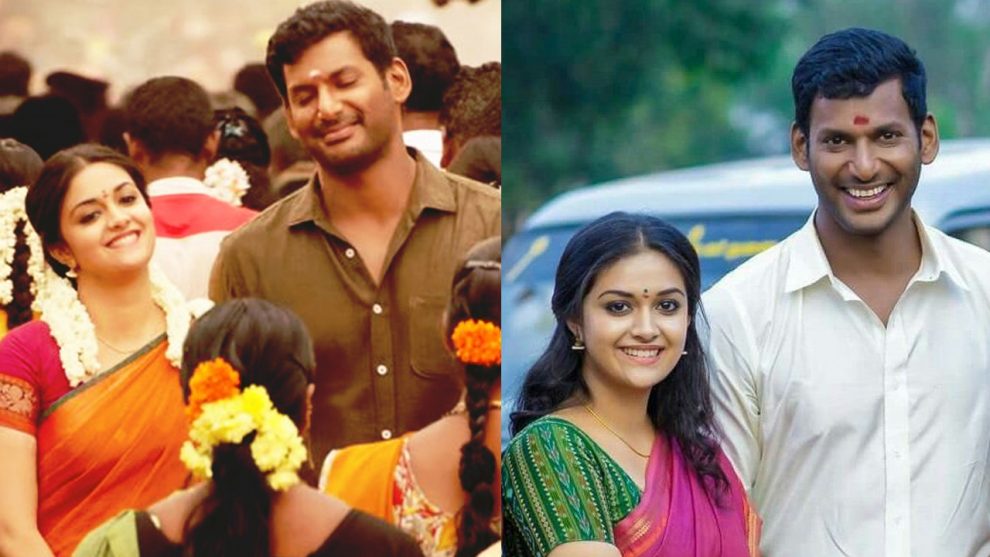 Sandakozhi 2, the much-hyped sequel to N.Lingusamy’s 2005 blockbuster hit Sandakozhi, finally gets a release date. Starring Vishal and Keerthy Suresh in the lead roles, Sandakozhi 2 will hit the big screens on October 18 as Pooja release.

On Monday, the movie got approval to release from Tamil Film Producer’s Councils release regulation committee. Vishal took to Twitter to confirm the release date, along with the TFPC clearance statement. 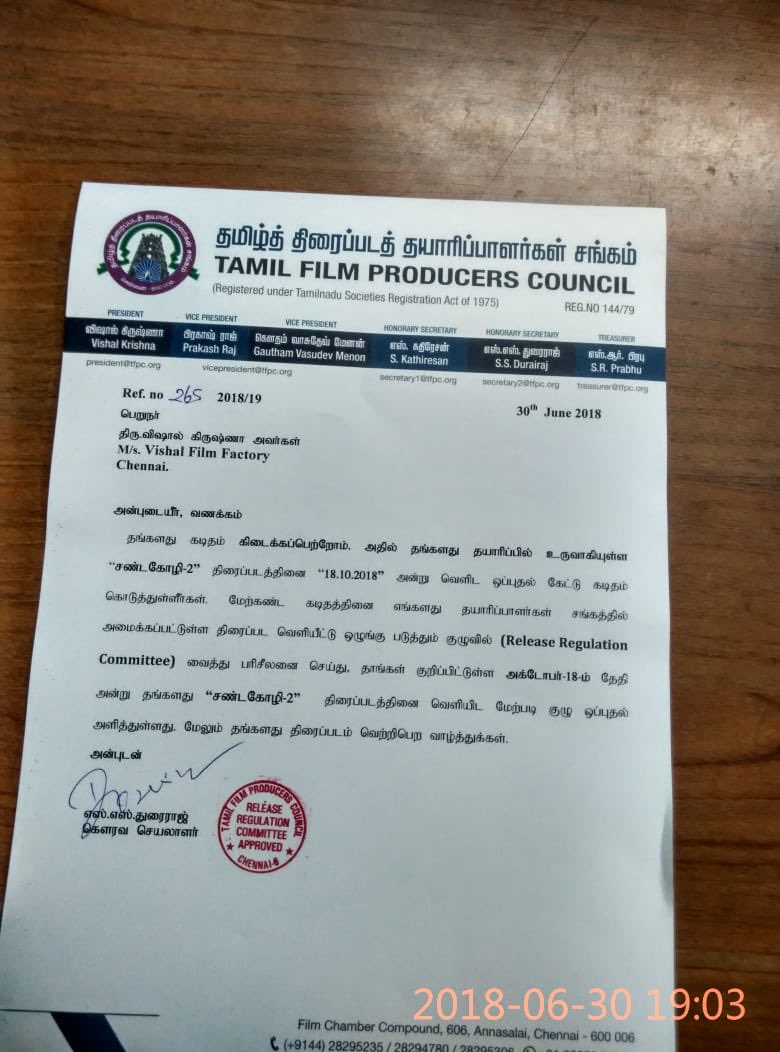 The movie is currently in the last leg of production and is expected to wrap up soon.