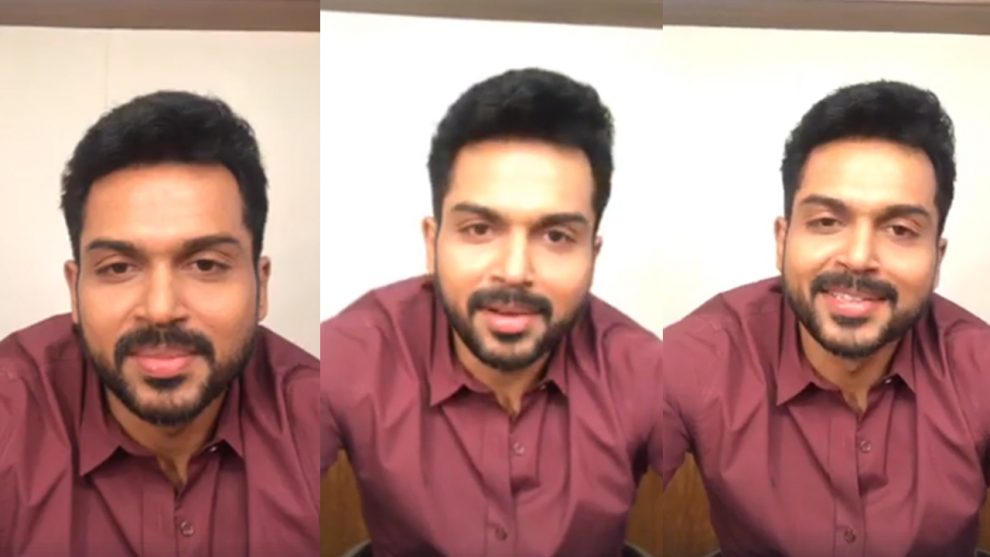 On Monday, Karthi went live on Facebook giving a sneak peek about the upcoming Pandiraj directorial. During the live interaction, Karthi revealed that his upcoming movie with Rakul Preet will be on the lines of the urban romance Paiyaa (2010).

In the live video, Karthi was seen sporting a stylish beard and a suave look. Being his regular jovial self on social media, Karthi responded to a fan asking him to sport six packs, by saying that it isn’t something he can pull off.

Karthi and Rakul Preet are reuniting in Dev after the successful Theeran Adhigaaram Ondru. Directed by debutant  Rajath Ravishankar, Dev is being financed by Reliance Entertainment and is expected to be a big budget movie which will be shot in European countries, Hyderabad, Mumbai and the Himalayas.