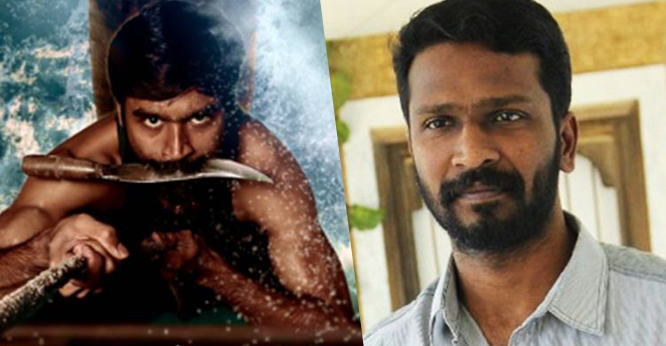 Director-producer Vetrimaaran’s films are noted for their realistic portrayal and hard-hitting story. The National award winning director who is currently busy with the upcoming Dhanush starrer Vada Chennai, takes time to interact with us discussing about the much-awaited movie and working with Dinesh in Visaaranai.

He also spoke to us about the trials and thrills of making films that grabs National and International critics’ attention. Here’s an excerpt from the interview with Vetrimaaran.

Can you tell us about the pros and cons of working with the same hero in multiple projects, which turned out to be huge hits!

As of now, I am have not dealt with any setbacks. I am comfortable working with Dhanush. Since he is also a producer, Vada Chennai happened smoothly. Else, it would have been a tough task.

We had shot Vada Chennai for 120 days now, but the total number of days required to complete the project was yet to be defined. Meanwhile, Dhanush completed two other projects. Because of Vada Chennai, Dhanush has been taking a lot of stress on himself.

For instance, we started Vada Chennai in 2016 and was initially planned to release towards the end of 2017. We have reached mid of 2018 now, and still vague about the release dates and plans. Still, the kind of trust Dhanush has on the project, keeps us going.

So, I am very comfortable working with him. And of course, I am trying to work with other actors as well.

It is no secret that getting a National Award is difficult. Being relatively new, you achieved it. Do you make your films keeping the criteria for a national award in mind?

Awards and festivals do motivate us, but bringing profit to the producer is the primary concern. I feel that I have a good foundation in cinema. Having worked with a legendary director like Balu Mahendra, who is an aesthetically very refined filmmaker, and my literature background enriched my film’s content.

It is, in fact, an advantage for me – be it writing a scene, detailing a character, their vernacular expression and blending them with the Internationally accepted expressions. As you know, Balu Mahendra’s movies have all these elements.

I believe my background knowledge in these said aspects, played a key factor in bringing out the best in my movies.

Can you tell us few words about your Visaaranai hero Dinesh?

We were looking for youngsters to play Dhanush’s friend character in Adhu Oru Kana Kaalam. Dinesh was one of the 5 shortlisted guys. Balu Mahendra sir wanted me to select two among the shortlisted.

During the selection process, I instructed Dinesh to smile, which he didn’t know to do at all. I told him, “sirikave theriyilla ne nadikrathuk vandhirukiya?” (laughs). He insisted that he would smile well. For two days, we conducted tests just to make him smile.

If I am not wrong, he was studying in 12th standard at that time. So, I told him to concentrate on his studies or join Koothu-P-Pattarai classes and sent him back.

After that incident, I met him again during Aadukalam time. He approached me and I offered him a role. He appeared in many scenes. You will remember his character, as the other man in the locality who is in love with Irene character in Aadukalam.

He was so dedicated during the shooting times. Infact, all the four guys (who played Tamil labourers in the movie) were so dedicated. They came like a blessing for my movie. Nobody else would have perfected the characters than those four amazing talents.

How do you juggle between the role of a director and a producer?

So far, I have been only a creative producer for movies like Udhayam NH4, Kaaka Muttai and Annanukku Jai (an upcoming movie). This is for the first time I am turning a full-fledged producer.

According to me, a director’s state of mind is like a mother, while a producer’s is that of a father. When a baby is born, everyone credits the mom but fails to recognize the father’s emotions.