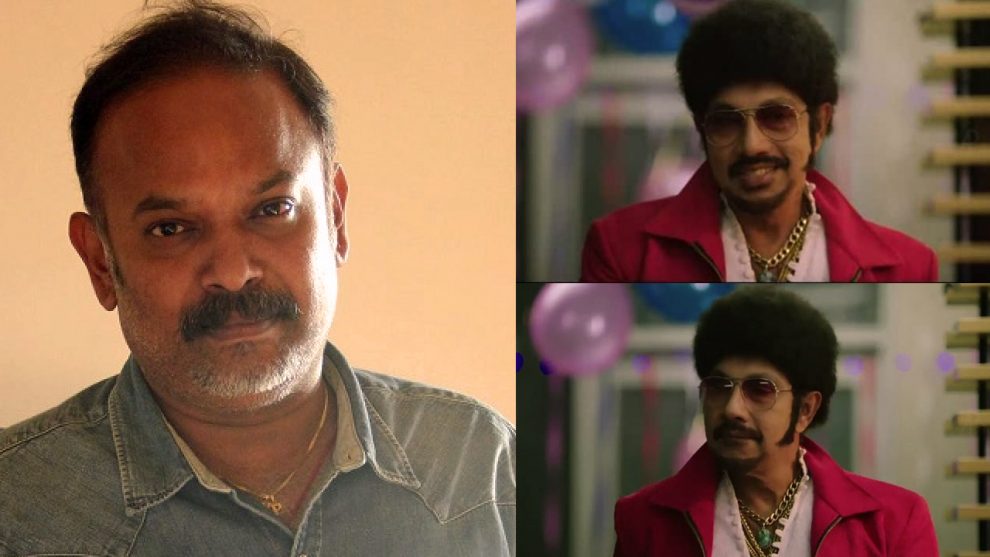 In an exclusive chat with Suryan FM, director Venkat Prabhu gets candid and reveals interesting information about his upcoming movie Party.

The movie comes with the tagline ‘A Venkat Prabhu hangover’ and has a large star cast including Nasser, Jayaram, Sathyaraj and Ramya Krishnan. Premji, who is a regular in the cast of a Venkat Prabhu movie, is not facing the camera this time. Instead, he is scoring the music for the film.

“He has done a fantastic job on the movie. The songs are versatile and I hope this gets him a big break” says Venkat Prabhu on Premgi’s music.

The movie has a lot of experienced stars. When we asked him to whom did narrating the script seem the hardest, here’s what he said-

“It was not hard convincing any of them to get on board. When I narrated the script to them, they were happy to join.  I had narrated the script twice to Sathyaraj sir before getting him on board.I had actually offered Sathyaraj sir another role when I first approached him. He declined the role and later, I approached him with another role. That is how his role in Party came about.”

Party is a multi-starrer and features some of the biggest names in the industry. The posters and looks released had set the internet on fire. Talking about the casting in his movie, Venkat Prabhu reveals an interesting detail.

“When it comes to Party, I was very particular that I wanted to cast only heroes in every character. All the male stars in the movie have acted as heroes in films. It is the same case with the heroines. I didn’t want to cast anyone as a supporting actor. I imagined it along the lines of how the movie would be if all the cast were heroes.”

Talking to us about his experience on working with such a large star cast, Venkat Prabhu says- “It is not an easy task at all. Party is a very big movie, but the theme of the movie is straightforward.  A one-day story that follows the aftermath of demonetization. It does not delve too much into demonetization itself, Party will focus on the aftereffects of it.”