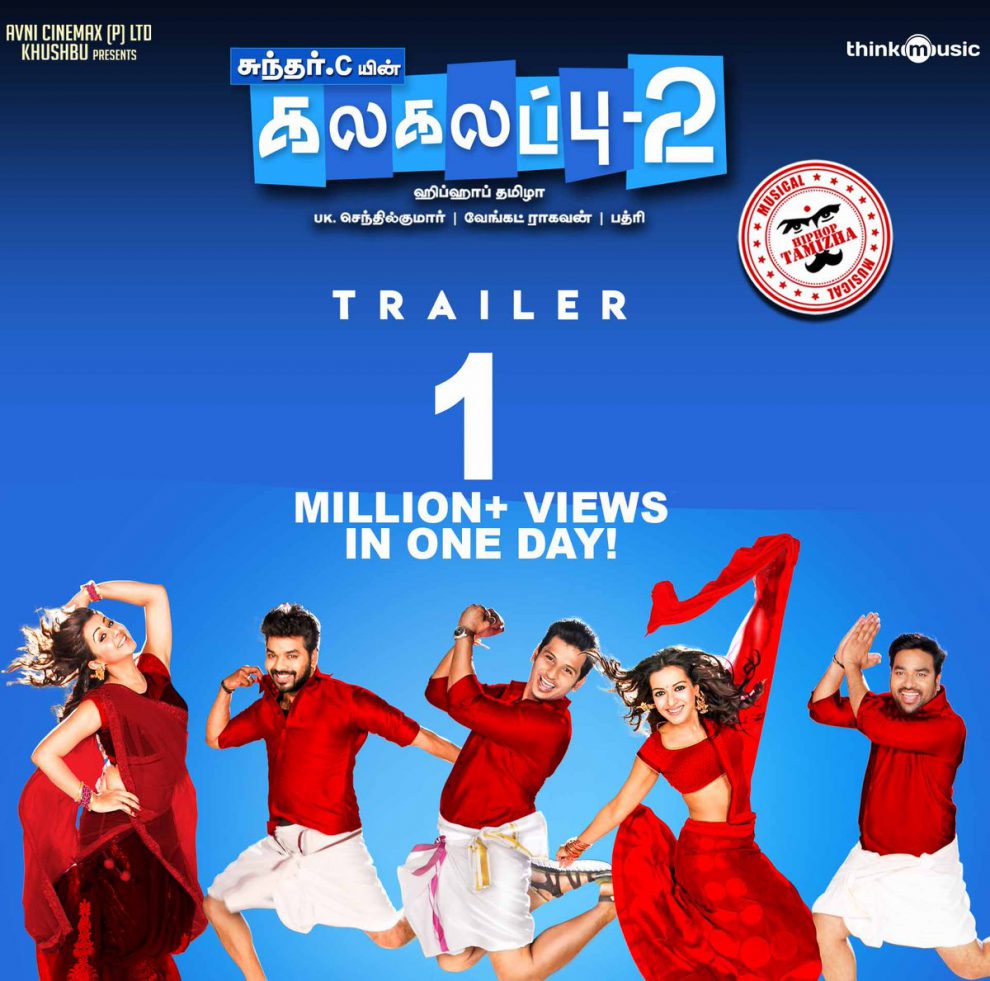 After the success of the first venture Kalakalappu, director Sundar.C is all set for the release of his next Kalakalppu 2. The movie features a powerful star cast and only recently, the movie’s trailer came out, revealing key details about the movie.

To break it down, a large sum of money seems to be at stake in the movie and the lead characters are after it. Jiiva is portrayed as the ‘action hero’, Jai as the ’emotional hero’ and Siva as the ‘jolly hero’. The female leads in the movie are also given tags, with Catherine Tresa being the ‘broad-minded heroine’ and Nikki Galrani being labeled the ‘innocent heroine’.

The supporting cast in the movie have also been given intriguing tags, with Sathish labeled Heroine Brother and  Robo Shankar labeled Kutty Villain.

The trailer was released on Twitter by veteran actor Khushbu, wife of Sundar. C and producer of the movie.

Finally it’s here..A #Sundar.C laugh riot colourful kondaattam.. #Kalakalappu2 #trailer.. and remember, this is just a speck of what the funfilled roller coaster coaster has in store for you..enjoy… https://t.co/n8KzqhljVD

Post-release, the trailer received massive reception from the audience and clocked 1 million views in a day. It is evident that Kalakalappu 2 has won the hearts of the audience already.

Interestingly, the teaser of the movie also hit 1 million views soon after its release.

Check out the trailer here!