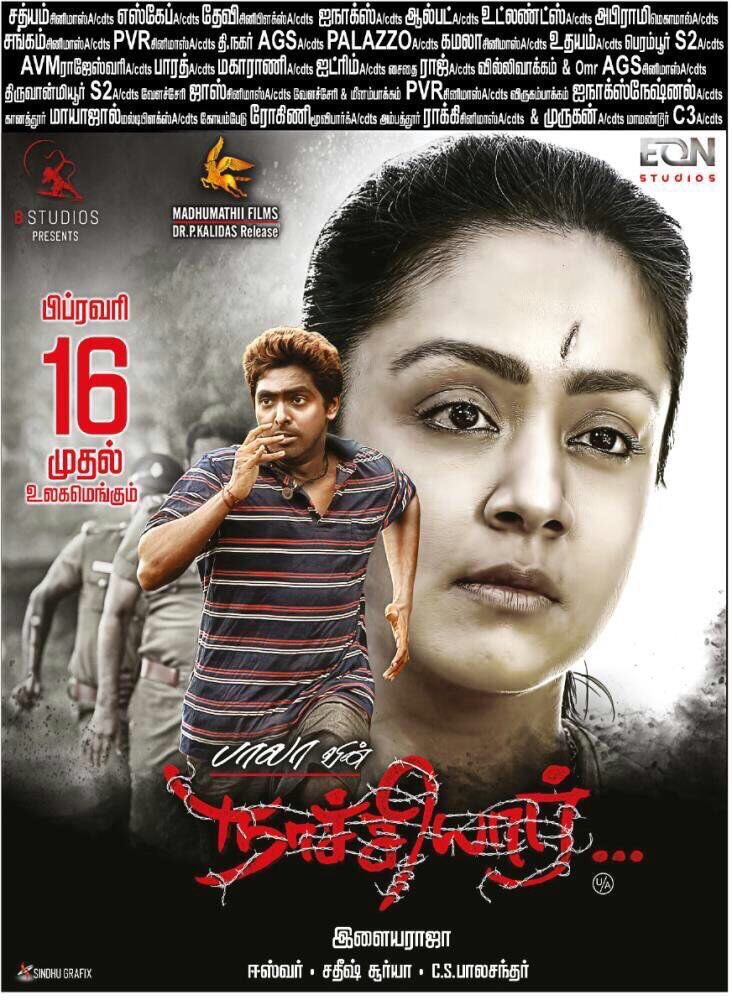 Director Bala’s Naachiyaar is expected to release on February 16 and it is safe to say that there is already a positive buzz around the movie.

Set in the slums, the film is supposed to be a crime-thriller starring actors Jyothika and G.V.Prakash in the lead. From the trailer, it looks like Jyothika plays the role of a tough, merciless cop and was even seen swearing towards the end of the trailer.

G.V. Prakash, on the other hand, seems to be essaying a man from the slums and is seen doing it with natural ease. Film producer Rockline Venkatesh was also roped in to act in the movie after director Bala spontaneously asked him if he would be interested in acting.

According to sources, Jyothika has been heaping praises on G.V. Prakash for the movie, saying that his maturity as an actor will be evident in the film.

Bala’s films always keep the audience glued to the screen and it is likely that this film will be no different.