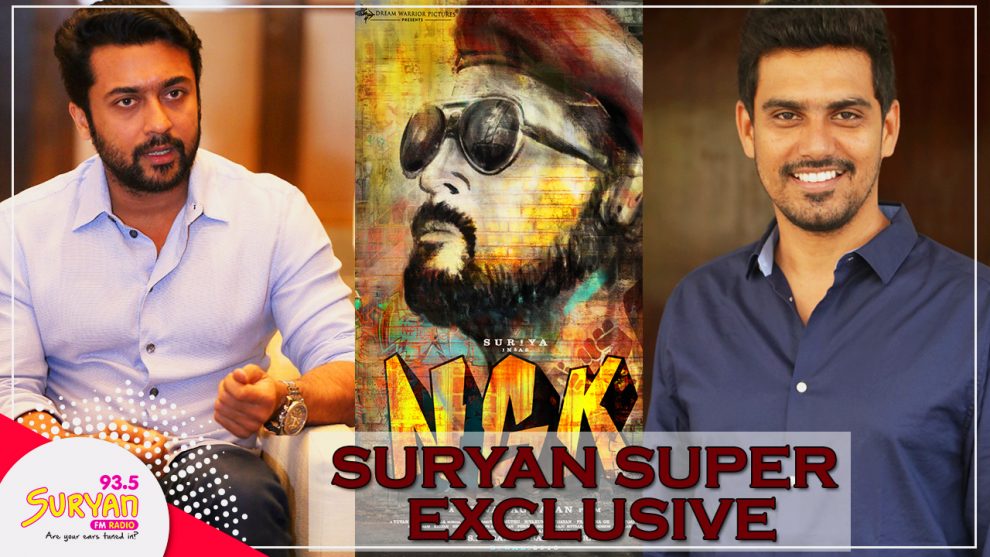 S.R Prabhu is one of the most successful and young producers of Tamil film industry. The new-age producer, who has delivered several critically-acclaimed and commercially-successful hits such as Aruvi, Joker, Theeran Adhigaaram Ondru among many others, is next teaming up with actor Suriya.

Titled NGK, the Selvaraghavan directorial is produced by S.R Prabhu’s production banner Dream Warrior Pictures. The movie has been hogging headlines ever since it was announced.

Recently, the first look poster of the movie was released and fans couldn’t stop going gaga over it. Featured in the form of wall graffiti, Suriya sports the look of a very popular revolutionary. Starring Sai Pallavi and Rakul Preet in the female leads, NGK has music by Yuvan Shankar Raja.

In an exclusive text interview with us, the producer with the Midas touch shared his excitement bringing together the much-awaited Suriya-Selvaraghavan-Yuvan Shankar Raja Combo, his plans to release NGK teaser and much more.

Full text of the interview with producer S.R Prabhu

First look poster of NGK hints at Suriya being a revolutionary leader. Can you tell us about Suriya’s role?

Something similar to the thought, but it is too early to reveal much about that.

We couldn’t think of anybody else while we listened to the script. Both Sai Pallavi and Rakul Preet are extremely dedicated to their work.

Selvaraghavan-Yuvan Shankar Raja-Suriya combo is massive!  Tell us about bringing together the most awaited combo!

Such an exciting thing for us as a movie lover and what more can be a better reason for bringing this combo together.

What can Suriya fans expect from NGK?

Director Selvaraghavan is someone who will always push the bars up for actors in terms of performance. Selva himself has told us he is a fan of Suriya sir. I hope that answers your question.

About the rest of the cast.

Will reveal it soon.

The shoot is in full swing. We are heading towards Diwali release and everything is on track.

When can we expect NGK teaser?

Mid of the year. Happy Diwali!

Parthiepan posts an adorable wish for newly-wed daughter
Mysskin, PC Sreeram and Shanthnu Bhagyaraj come together for a movie
Comment