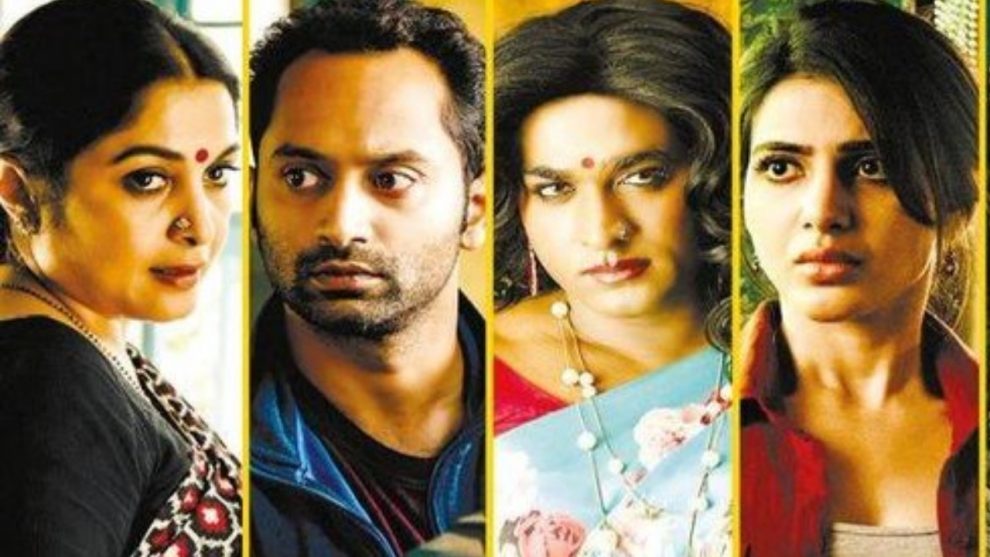 The much-awaited Super Deluxe hit screens today and it has been raking in positive reviews from celebrities and audience alike. Check out what audience have to say about the movie.

Samantha, who plays a role in the movie, has tweeted “Thankyou for making me the happiest girl in the world this morning ….so so grateful ..@itisthatis Thankyou for Vaembu.. #SuperDeluxe is out and the reviews are so beautiful . (sic)”

Check out what audience have to say about the movie.

“#SuperDeluxe – Laughs, gasps, nervous giggles, tears, awe. There isn’t a note the film fails to hit. What ultimately stays with you is the tenderness in simple moments you find between the film’s shocks and surprises. (sic)”

“#Superdeluxe Is fun, is disturbing, is entertaining, is boring, is mind blowing , is first of its kind, its trippy and is world class. Exact feel i got in a RIDE OF A LIFE like never. Cannot stick this to a GENRE but will stun you BRAVE AND FEARLESS FILM MAKING”

“#SUPERDELUXE is one of the best movies to come out of Tamil film industry in recent times. Brave. Bold. Dark. And a whole of fun. This is why i love movies. For experiences such as this.I knew the movie will be bonkers but nothing could have prepared me for what i just witnessed.”

“#SuperDeluxe is crazy AF & even that’s an understatement. I feel it’s a lovely companion piece to #AranyaKaandam A Full on return to form by @itisthatis”

“I don’t know how to describe #SuperDeluxe. It is wierd, thrilling, funny, relevant, over the top, dark, emotional and so much more. @VijaySethuOfflyou are brilliant @Samanthaprabhu2love you @itisthatiswhat goes on in your mind man!!!”

“Jus watched #SuperDeluxe. NO WORDS TO DESCRIBE THE MOVIE AND ITS NARRATION. ThiyagarajanKumararaja killed it. An ultimate Genius.”

“Yeah,, watched it in a special screening today, If you love the kind of movies @VijaySethuOff loves to associate himself with, I am sure you will love #SuperDeluxe too!”

“Just now got out of possibly one of the best movies I have seen in This Decade…Truly Remarkable#SuperDeluxe@Samanthaprabhu steals the show with a character of such great depth and executed brilliantly Loved it!!!!!”

“#SuperDeluxe – A diff ride- the film talks about Transgender, Sex and adolescent, but the way director narrated shows his brilliance and we won’t regret! Heavy competition on performance from all, especially @VijaySethuOffl@Samanthaprabhu & Fahad but the kid stands top wrth it”