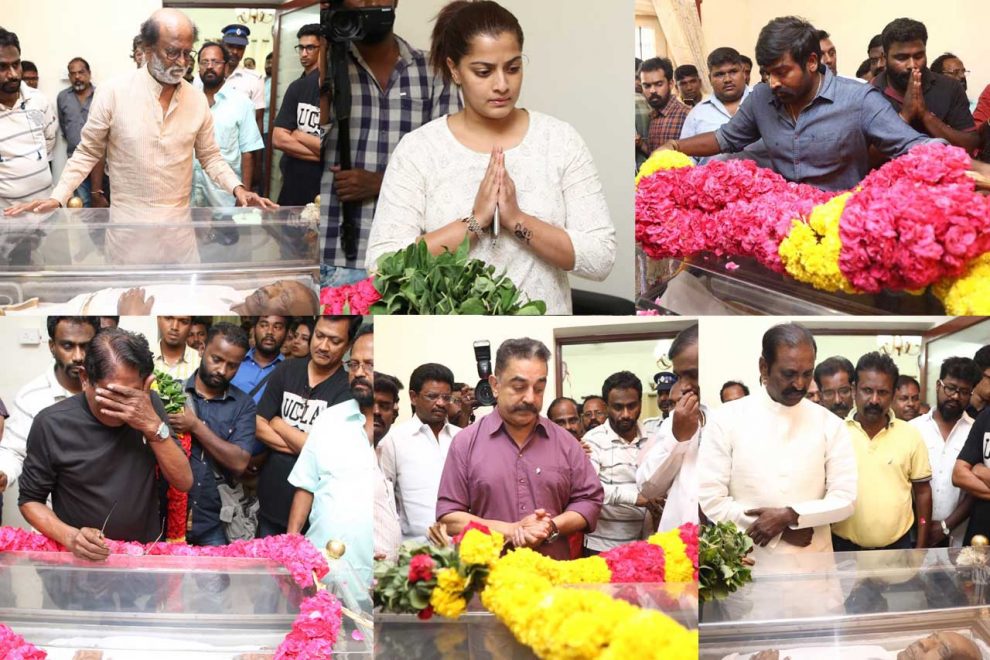 Kollywood’s foremost and senior director J. Mahendran passed away on Tuesday. He was aged 79. The director was last seen on the big screen in Petta.

His mortal remains will remain at his residence on Tuesday and the final rites are expected to happen at 5:00 p.m. The actor-director was suffering from illness, following which he was admitted to a Chennai-based hospital recently.

The director’s son, John Mahendran, confirmed the demise of his father on social media.

Cinematographer P.C. Sreeram offered his tributes, “He spoke less and his films spoke more. To me his films were of great inspiration How can I forget the sleepless night I had after watching “uthripookal” May his soul rest on peace.”

Music director Ghibran said, “I’m deeply saddened and disturbed by the demise of our veteran director #Mahendran Sir. A very humane personality and one of the finest director of our times. #RIPMahendran 😔 (sic)”

Director A.R. Murugadoss said it was “deeply saddening to hear the demise of one of the pioneer filmmakers.”

Celebrities pay homage to the legend