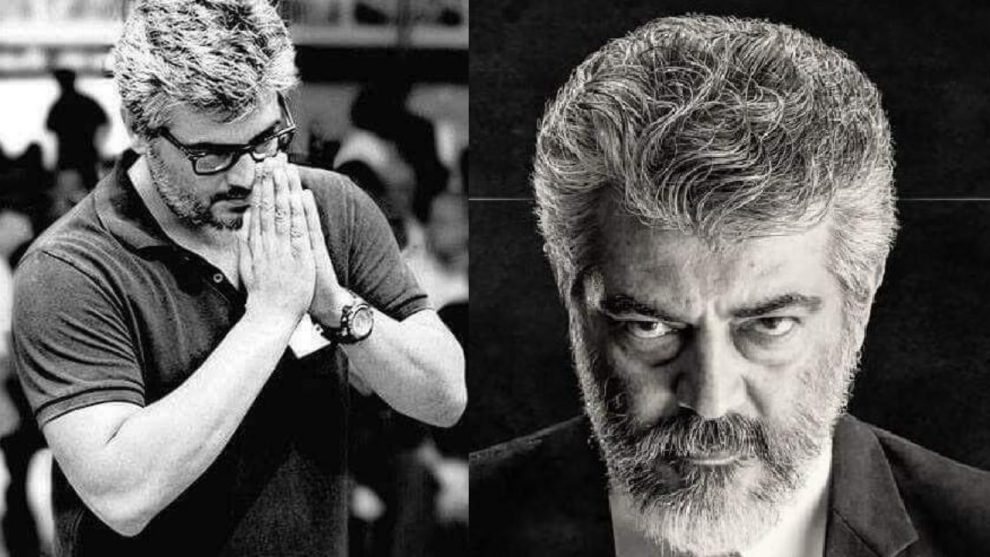 It is a known fact that Thala Ajith is acting in the remake of Bollywood blockbuster Pink. Ajith is playing the role of a lawyer, played by Amitabh Bachchan in the original.

The movie is being bankrolled by Boney Kapoor, the husband of late actress Sridevi. Boney Kapoor seems to be very impressed by Ajith’s performance and has expressed his thoughts on Twitter. 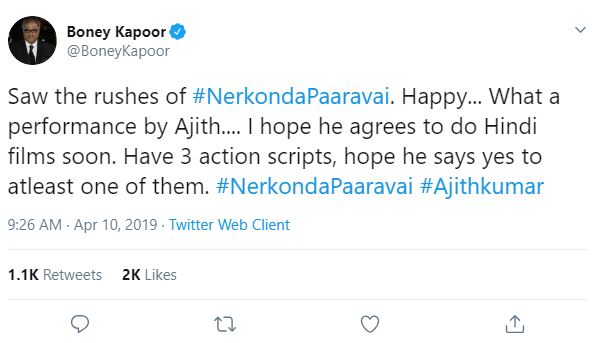 Looks like Boney Kapoor can’t wait for Ajith to make his mark in Bollywood too. The producer has also showered praises on Ajith’s performance in the movie and fans are going gaga in the comments section.

Looks like its time for Thala Ajith fans to celebrate again.