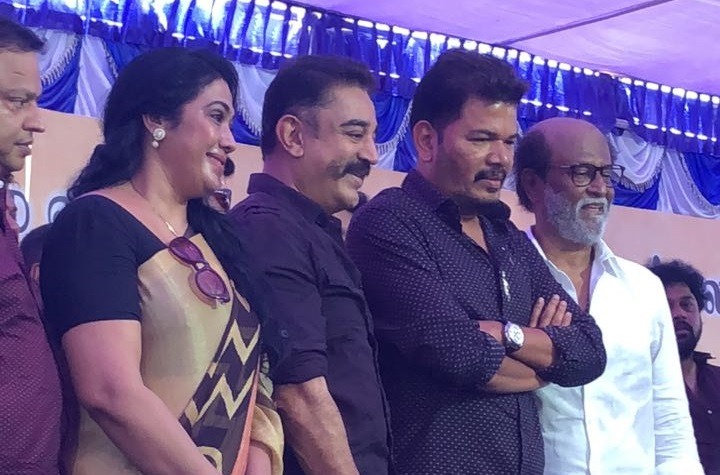 The Tamil cinema industry on Sunday registered its protest, demanding the formation of Cauvery Management Board. The veterans of the industry, including superstar Rajinikanth and Kamal Haasan, took part in the protest, held at Valluvar Kottam in Chennai.

Among those who were present were actors Vijay, Suriya, Vikram, SJ Suryah, Dhanush, Vishal, Sivakarthikeyan, Arun Vijay, Sivakumar and Nasser. The protest was also against the expansion of copper smelting plants of Sterlite in Tuticorin. 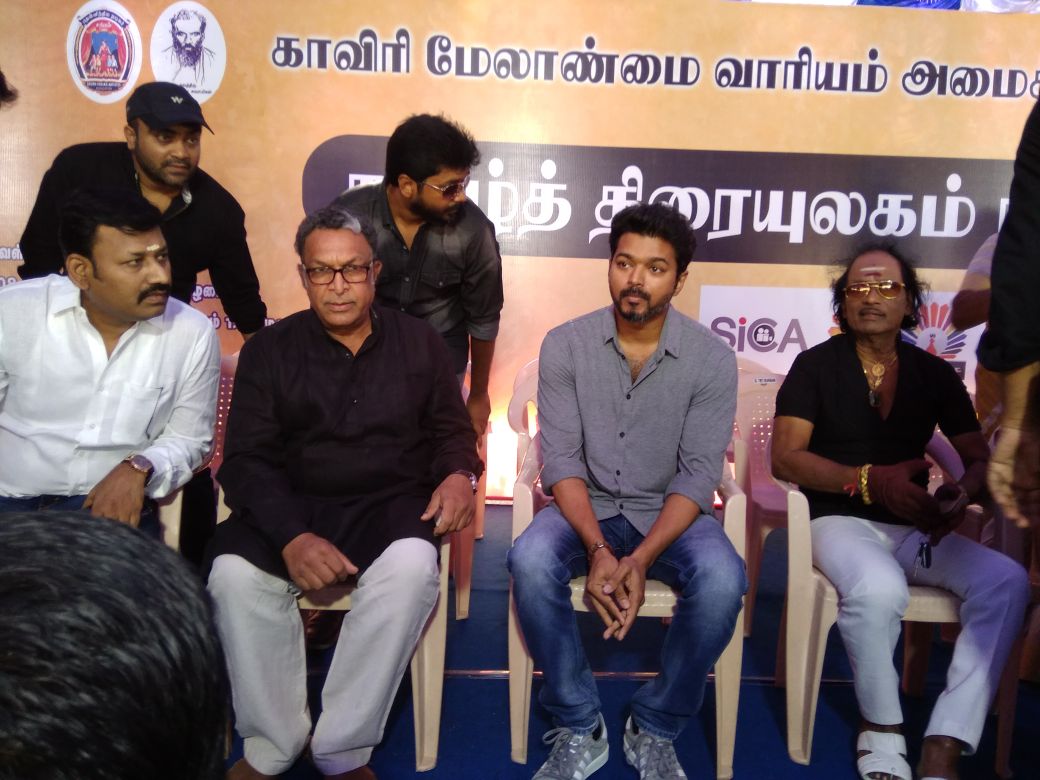 Actor-turned-politician Rajinikanth, while speaking at the protest demonstration conducted by Nadigar Sangam, said the opposition to the delay in setting up the Cauvery Management Board (CMB) could be conveyed by players  wearing a black armband.

Rajinikanth was quoted by The Hindu as saying, ““It is an embarrassment when IPL is being held at this juncture when Tamil Nadu is protesting for CMB. But, CSK team and the fans could wear black arm band.”

Showing solidarity with those opposing the expansion of Sterlite’s copper smelting facilities in Tuticorin, he said, “The State government shouldn’t allow exploitation of nature. Such businesses shouldn’t be allowed.” 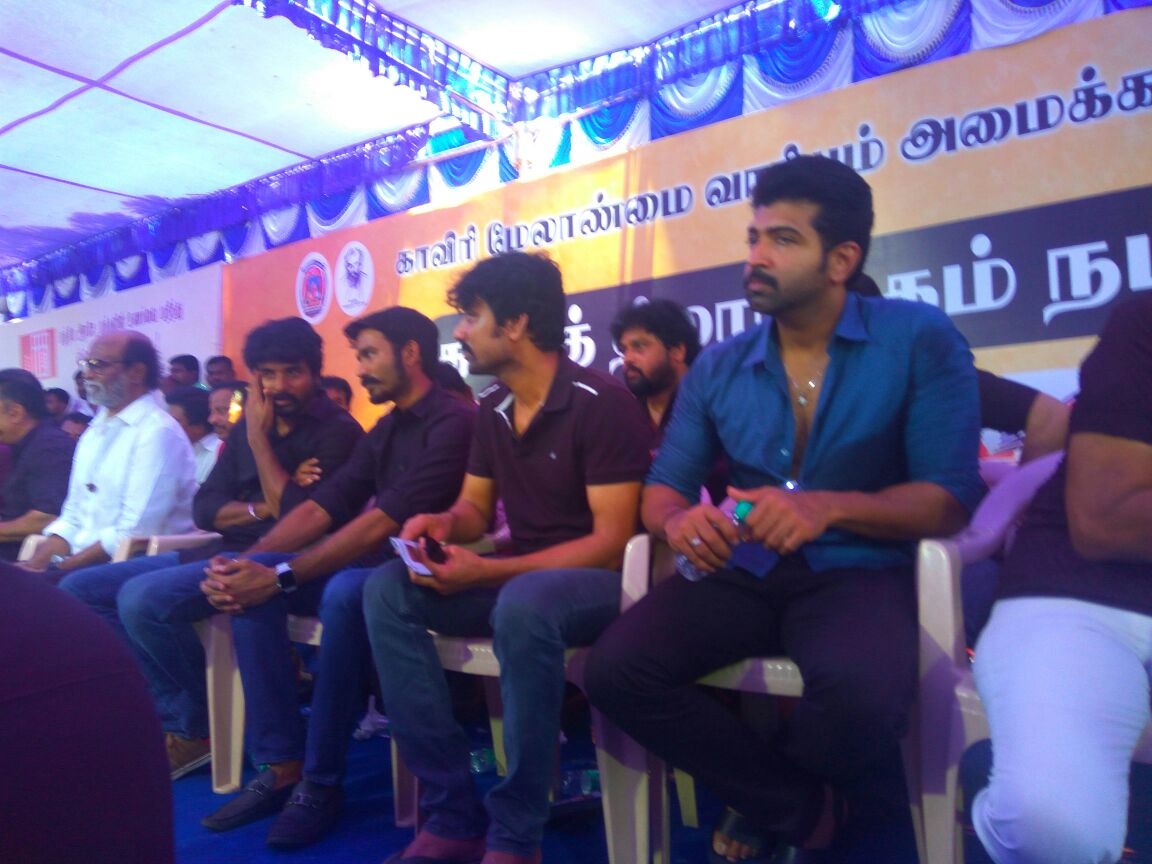 Kamal not a rival: Rajinikanth

To question on how he would react if Kamal Haasan, who has also forayed recently into politics, opposes him on certain issues, Rajinikanth said,”He is not my rival or enemy. My enemies are poverty and unemployement.”