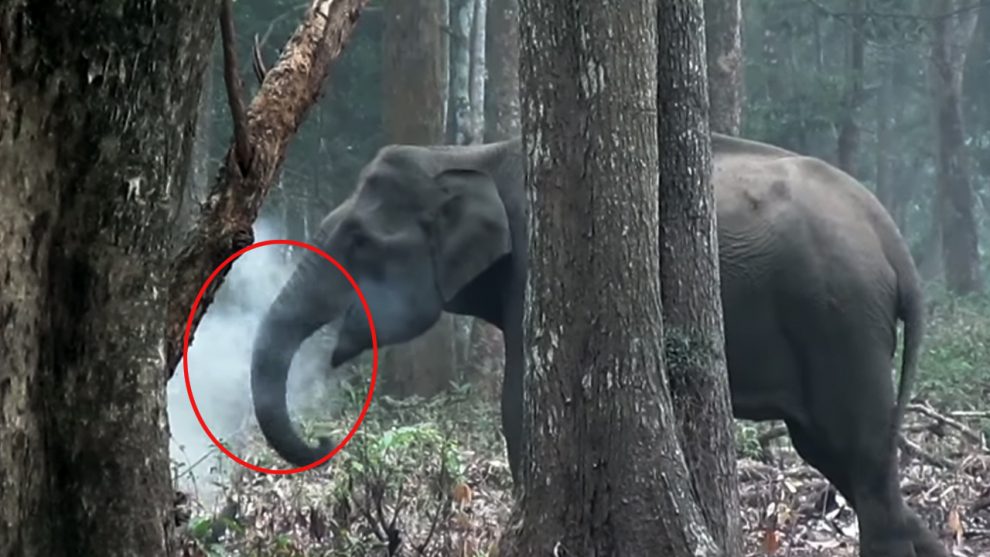 Recently, social media was left baffled by an elephant, caught on camera, freakishly blowing out smoke from its mouth. Filmed and released by Wildlife Conservation Society (WCS), the unusual incident happened at Nagarhole National Park in India.

The video shows a female elephant walking through a forest, picking up something from the floor and then exhaling a large amount of smoke. Incredulous netizens soon started speculating that the elephant is actually smoking around like humans.

After the video went viral on social media, few scientists and biologists came forward clarifying that the elephant had apparently picked up pieces of charred lumps of wood from the forest floor and tried to consume it placing inside its mouth, while blowing away the ashes that came along.

“I believe the elephant may have been trying to ingest wood charcoal,” Varun Goswami, an elephant biologist working with the Wildlife Conservation Society (WCS). “She appeared to be picking up pieces from the forest floor, blowing away the ash that came along with it, and consuming the rest,” she added.

Movies that wrapped up before the TFPC strike
This monkey with human face is breaking the internet!
Comment