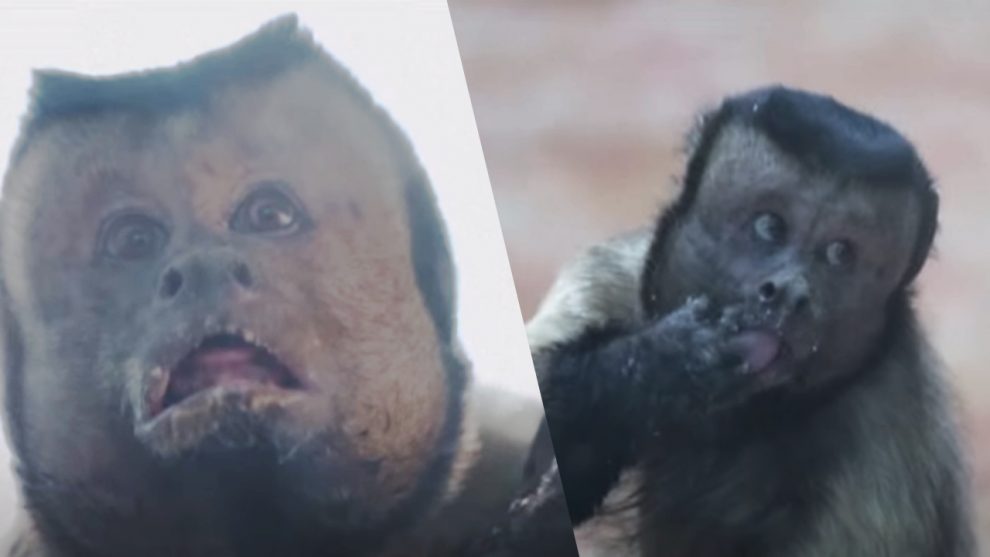 Of all the strange things that became famous on the internet, the most recent one is a monkey with a human face. Living at Tianjin Zoo, the black-capped capuchin broke the internet with his confused expressions.

The monkey became very popular after a video of him went viral on social media. His face very closely resembles a human face. The video has been watched several million times.

The monkey’s expressions look confused and dazed and netizens have been losing it over him. As most were quick to point out, the monkey’s eyes and mouth are what make it look human.

In the video, people are heard commenting on the monkey’s features. Someone even asks if it is actually the zookeeper.

Interestingly, this breed of monkeys is preferred for use in the entertainment industry. Not only are they highly intelligent, their fingers are dextrous, making them easier to train.