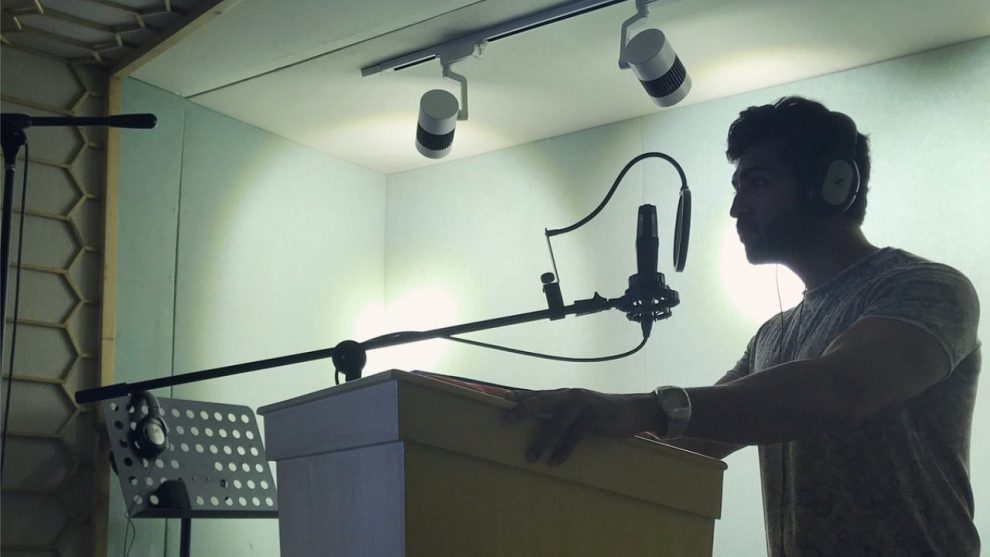 Mani Ratnam’s multi-starrer Chekka Chivantha Vaanam has been making waves right from when it was announced. It boasts of an impressive star cast and pictures from the shooting spots of the movie have been all the rage on social media.

Arvind Swami, Vijay Sethupathi, Silambarasan and Arun Vijay play the male leads in the movie. The movie has been progressing at a brisk pace and is nearing completion.

The latest we hear about the movie is from none other than Arun Vijay himself. Earlier this month, Arun Vijay had posted a sweet birthday wish for director Mani Ratnam on Twitter. “At a loss of words to explain the love for this great man! His passion in cinema has inspired many including me. So happy to have shared work with you Sir 🙂 Happy Birthday and God bless 🙂 #HBDManirathnam #CCV (sic.)” read his tweet.

Now, he has revealed that he has started dubbing for his portions in the movie. He put up a simple tweet that said “Started dubbing!!  #CCV (sic.)” along with a picture of himself.

There has been a lot of hype around the movie. Aishwarya Rajesh, Jyothika, Aditi Rao Hydari and Dayana Erappa play the female leads.