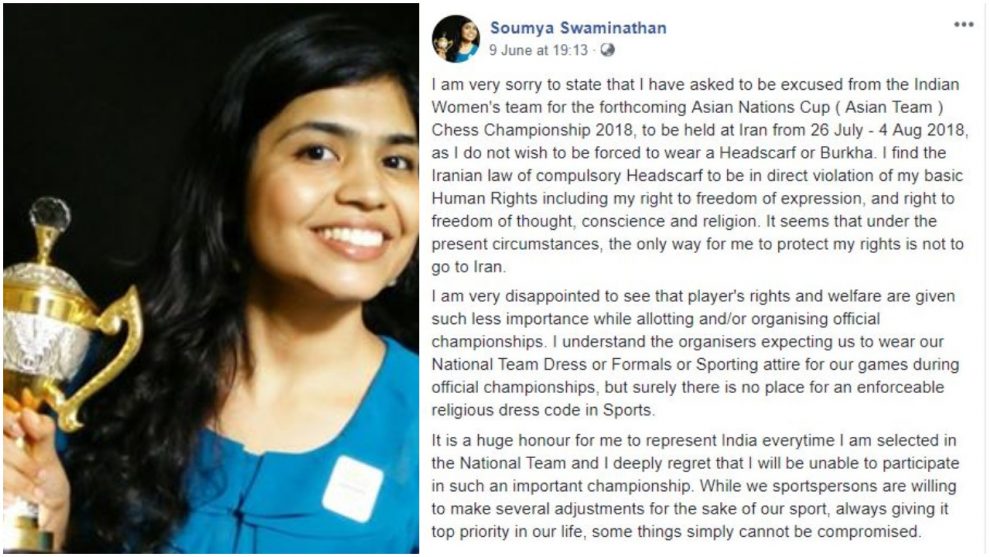 Ace chess player Soumya Swaminthan has officially withdrawn from the Asian Team Chess Championship, as is revealed by her post on Facebook.

To be held in Hamadan, Iran, the event has been scheduled from July 26 to August 4. Soumya was supposed to participate in the event representing India. However, the rule to compulsorily cover your head with a headscarf did not go down too well with her.

A similar happening occurred in 2016 when ace Indian shooter withdrew from the Asian Airgun meet in Iran for the same reason. 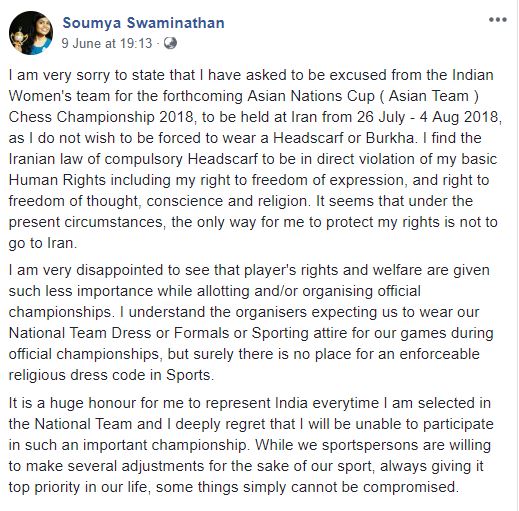 Arun Vijay has an update on Chekka Chivantha Vaanam
OFFICIAL: Nayanthara starts filming her next
Comment