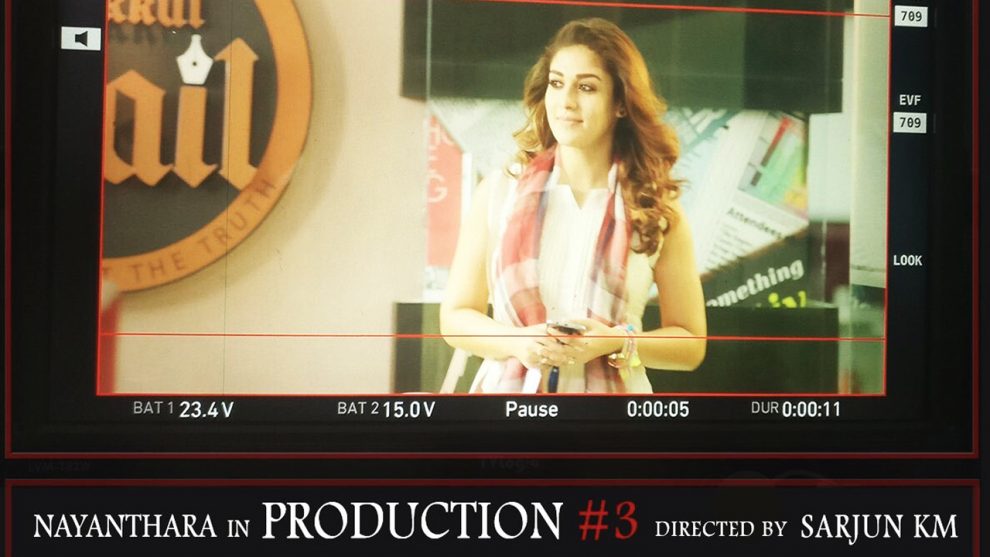 The year seems to be on a good note for the pretty Nayanthara. Her first release of the year was a blockbuster hit and she has a slew of other movies lined up.

The Aramm actress was signed to work on a new film with director Sarjun K.M. who has directed the sensational short film Maa.

Produced by KJR Studios, the latest we hear on this film is that Nayanthara has started filming for the project. The makers of the movie confirmed the news with a tweet.

“#Nayan63 – We’re pumped up to start shooting our #ProductionNo3 with #Nayanthara & Director @sarjun34 On floors from today! We guarantee you some stunning surprises in this film.. Stay tuned! (sic.)” read their tweet.

They have also posted a video from the shooting spot that is already viral on social media.

According to their tweet, the movie promises to be a surprise ride and Nayanthara fans are avidly waiting.

The movie is said to be along the lines of horror and this movie marks the third production venture of KJR Studios, following Aramm and Gulaebaghavali.

Keep watching this space for updates on Nayanthara.