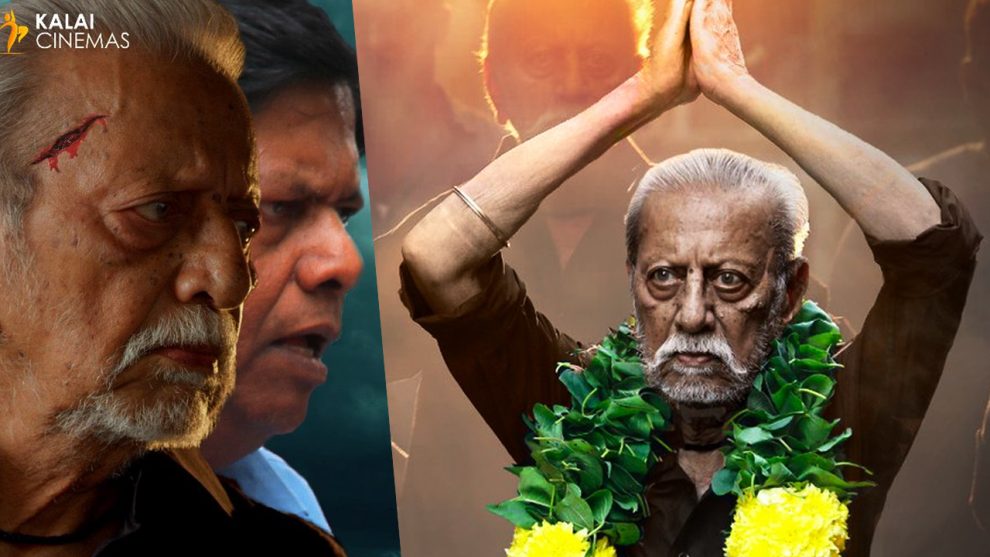 While the audience will have to wait one more day for the teaser of Rajinikanth’s gangster flick Kaala, here’s another don who is all set to enthrall us.

As you know, veteran actor Charu Hasan is donning the role of an octogenarian gangster in the upcoming action thriller Dha Dha 87.  On Wednesday, the makers of the upcoming gangster film have made a surprise announcement, stating that the teaser of the movie will be unveiled on Thursday evening at 6 p.m.

Ace director AR Murugadoss, who is currently busy with Vijay 62, will be unveiling the much-anticipated teaser. While Charu Hasan’s intense look in the movie’s posters has already created a huge buzz on social media, expectations from the teaser are sky high!

Produced by Kalai Cinemas, Dha Dha 87 has music by Leander Lee Marty, who has composed five songs for the film.

It is speculated that Dha Dha 97 is a continuation of Kamal Haasan’s superhit movie Sathya. Reportedly, Chaaru Haasan replaces Kamal’s character in the sequel, while actress Saroja appears as the older version of Amala. Yesteryear actor Janagaraj who plays a pivotal role is making a comeback with the movie. The movie is expected to hit theatres soon.

The teaser of Rajinikanth’s Kaala, which is produced by actor-director Dhanush’s Wunderbar Studios was scheduled to be released on March 1. On Wednesday night, the makers announced that the teaser has been postponed to March 2 due to the demise of Jayaendra Saraswati Shankaracharya.