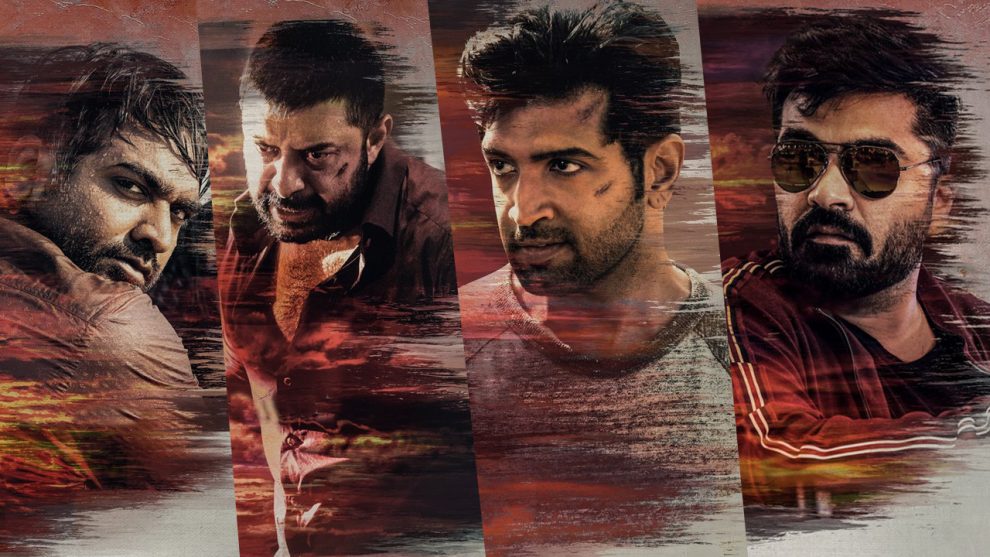 “Unveiling 4 looks of #ChekkaChivanthaVaanam from tomorrow!,” tweeted Madras Talkies, the makers of the film, along with this poster on Sunday.

The wait is over! The makers of Chekka Chivantha Vaanam unveiled the character look poster of STR in the multi-starrer. “STR as Ethi in #ChekkaChivanthaVaanam!,” tweeted Lyca Productions. In the Telugu version, Nawab, the actor’s character name is Rudra. 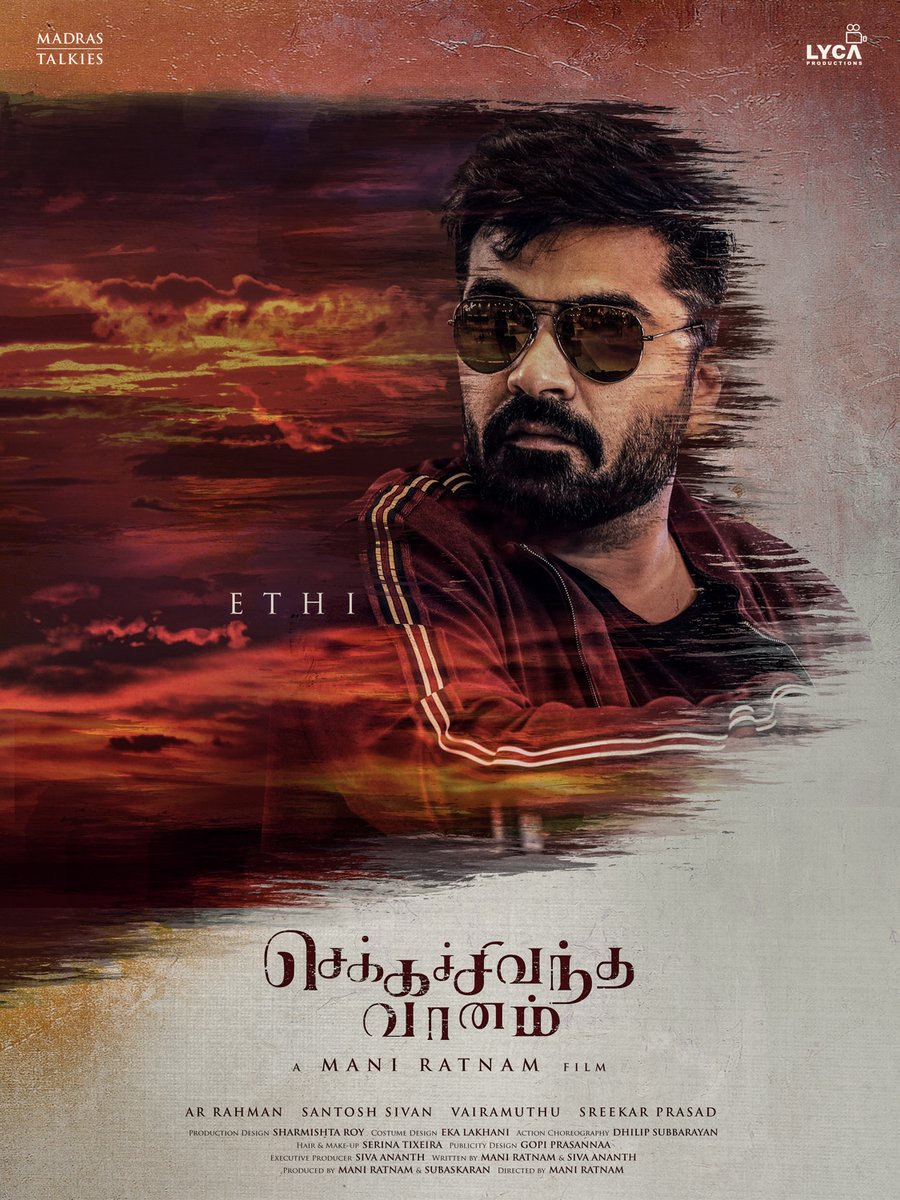 The makers of Chekka Chivantha Vaanam had announced that they will release the name and look of their third star on August 15. They released a poster of a man with his back turned, similar to the previous ones. Fans identified this look as Vijay Sethupathi’s and the makers confirmed the same with a tweet. 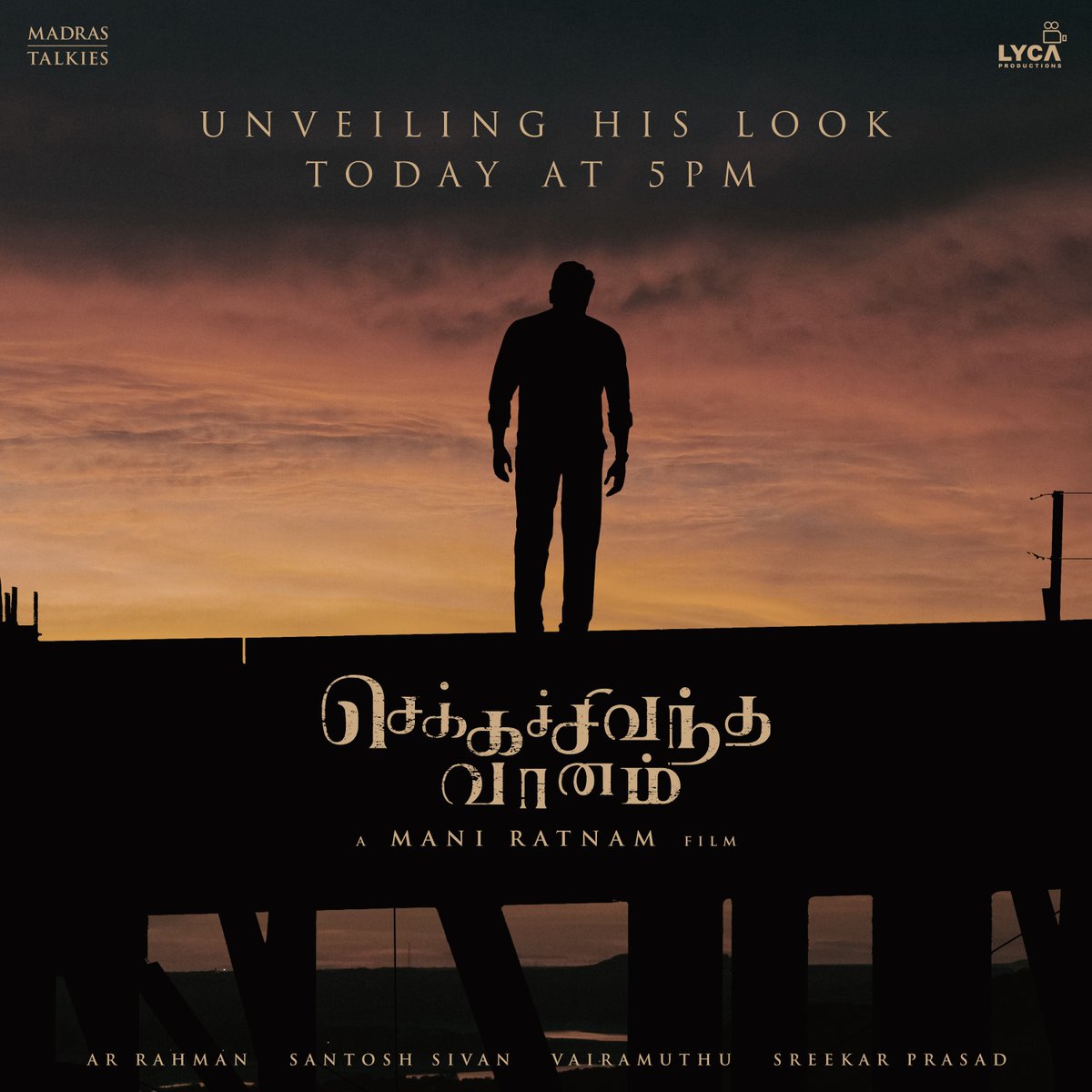 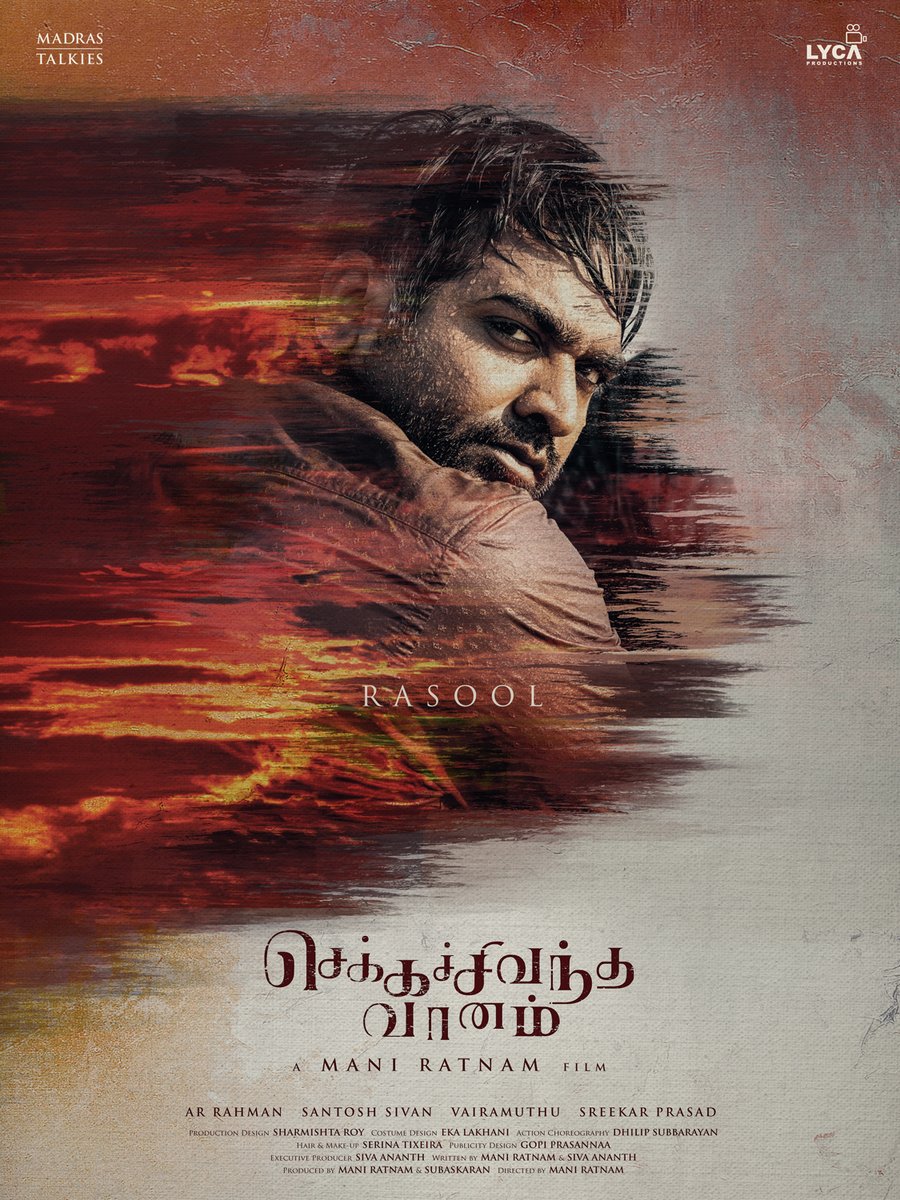 On Monday, the makers announced that Arvind Swami will be playing ‘Varadan’ and revealed his look on Monday. They also announced that a second star’s look and name will be revealed on Tuesday. 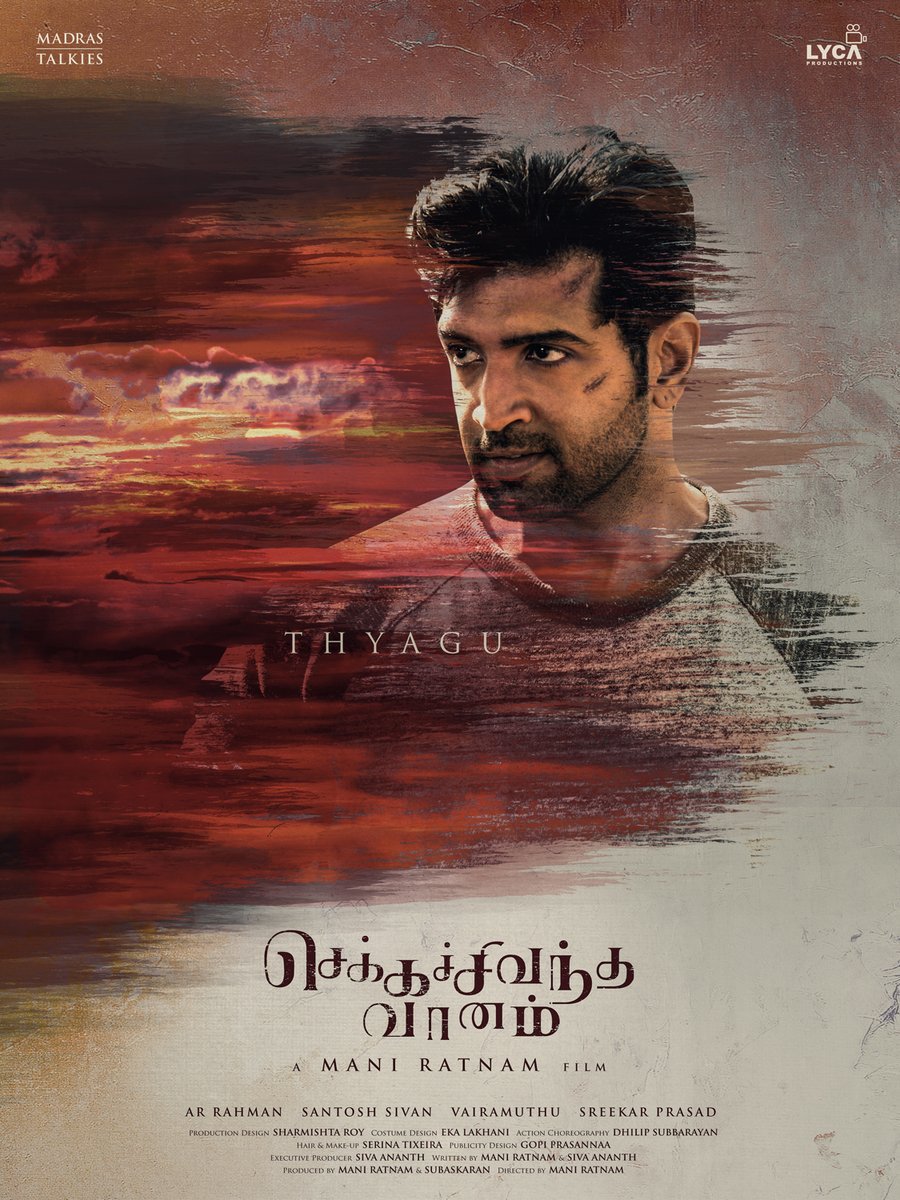 Here’s the first look of Arvind Swami’s character Varadan in the movie. In the Telugu version, his character name is Varada. 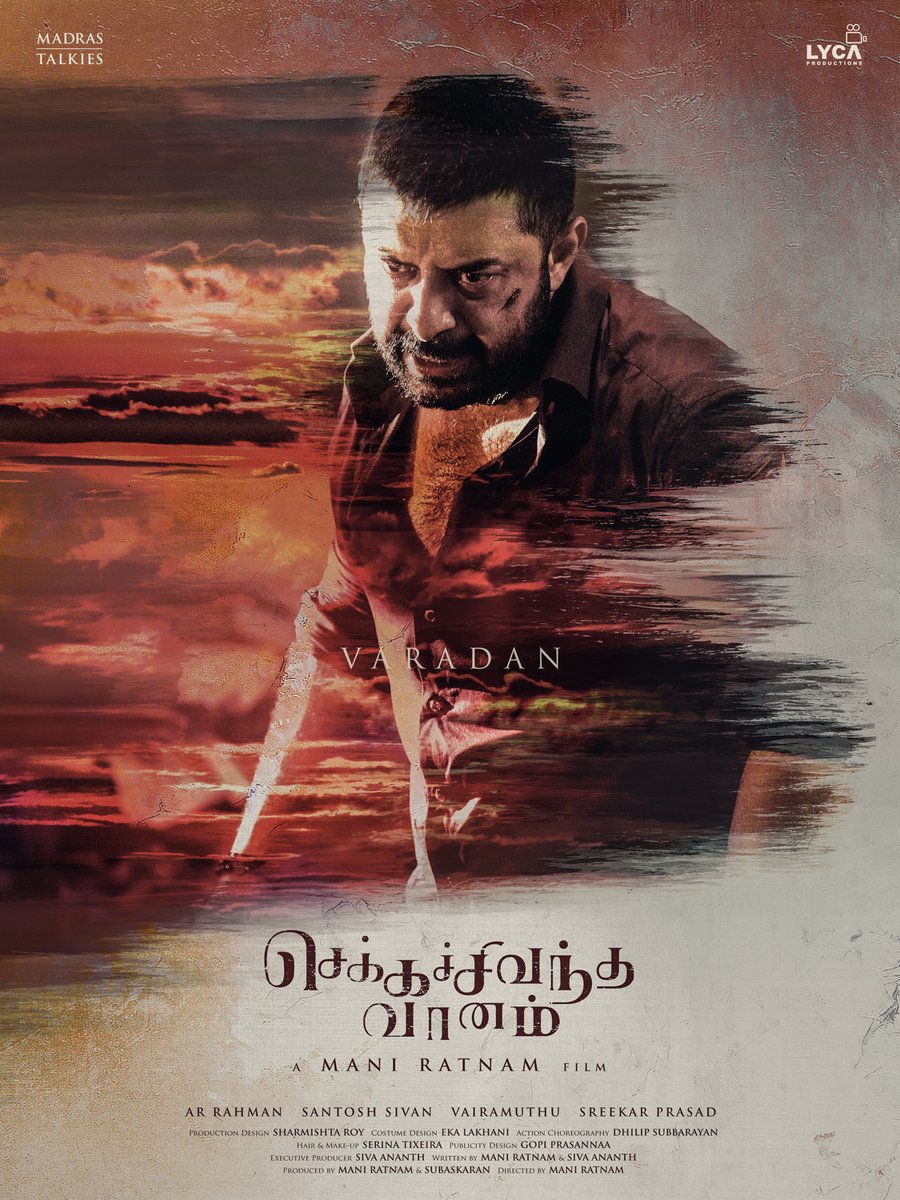 The character looks of Vijay Sethupathi and STR are expected to be unveiled in the coming days.

Produced by Madras Talkies and presented by Lyca Productions, the film talks about industrial revolution. Titled Nawab in Telugu, the movie’s music is handled by AR Rahman and cinematography by Santhosh Sivan.

Watch out this space for more updates on the movie.